I’m getting really tired. I’m finding myself “just closing my eyes for a second” at screening after screening, and my energy level is dwindling by the minute. One more day of film festing to go, and tomorrow promises to be very busy, so tonight’s entry will be slightly abbreviated. 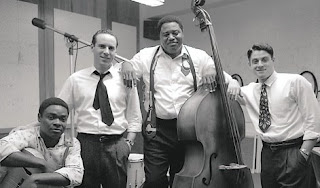 Film #1 today was Who Do You Love (6/8), a surprising delight chronicling the early days in the career of Leonard Chess (Alessandro Nivola), founder of Chess Records and the man who brought people like Muddy Waters (David Oyelowo), Willie Dixon (Chi McBride) and countless blues acts from backroom bars to the mainstream. Blessed (obviously) with a great soundtrack and wonderfully informative while being blissfully compact (a running time of 90 minutes), the film was a great way to kick off a grey, humid, rainy Friday. And I do love a good music-history drama. Even better? That director Jerry Zaks, co-stars Oyelowo and Jon Abrahams, and Marshall Cress – the now-elderly son of Leonard – all showed up for the morning screening and participated in a lively and lengthy post-film Q&A. Well done, fellas! 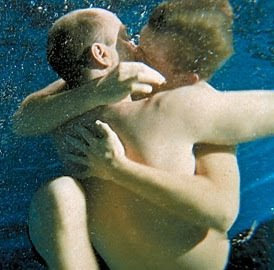 I followed that with Universalove (5/8), a somewhat uneven but nonetheless enjoyable Austrian offering that tracks a half dozen stories of love around the globe, in cities like Rio, Tokyo and Brooklyn. Like any film of this nature, where the narrative is broken into different arcs for different characters, not all of the stories were as good as others. The Brooklyn segment, for example, felt very stiff and awkward... unaided by English subtitles for English dialogue that didn’t match! Distracting. The Tokyo tale was my favorite, followed closely by the soap-opera drama set in Brazil. Surprisingly (or perhaps not), most of the love stories ended in tragedy or loss, which was kind of a bummer.

If you’ve ever read my TIFF diaries before, or my HotDocs diaries, you’ll know that I am a massive fan of documentaries about kids. My final film of the day is one such doc, and it proudly joins the ranks of personal faves like Spellbound, Summercamp! and Girls Rock!. It was just as fun, just as touching, just as energetic and just as much of a crowd-pleaser as its predecessors. 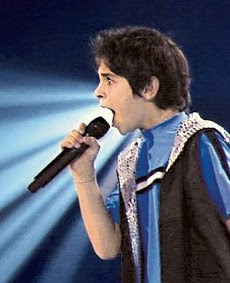 It was Sounds Like Teen Spirit: A Popumentary (7/8), a fantastic British documentary about the Junior Eurovision Song Contest, in which kids from 17 countries compete in a gigantic, one-night extravaganza where they perform original songs (either solo, or in groups or bands) and one kid/country is declared the winner after, like, 20+ million votes are cast. The film tracks a number of contestants from their national finals (oh yes, this is serious business!) through the actual Eurovision process, and it’s wonderfully presented. Each child is talented but, more importantly, real and compelling. Some have heartbreaking stories. Some have wacky outfits. Some will make you laugh. Some will make you cry. But they will all entertain you.

Director Jamie Jay Johnson was in attendance (this was the film’s third screening!) and was utterly charming. When the film ended, and I was all teary and tender-hearted, I thought, “If he brings out ANY of those kids as a surprise for the audience, I might just start to cry.” Because, if you recall, both Spellbound and Summercamp! sprung kids on me at their screenings, with exactly that result. Alas, he revealed that though one of the kids had initially been scheduled to be in Toronto, her visa (from Georgia) didn’t come through in time. Still, Johnson stayed for a nicely beefy, very spirited Q&A. It was the perfect way to end the night.

Tomorrow, if I’m lucky and can manage a same-day ticket for an evening screening, I’ll have four films on TIFF’s last day. I figure I should go out with a bang, and then collapse from exhaustion at midnight.

Line Buzz: Coincidentally, a couple of people talked about how much they enjoyed Sounds Like Teen Spirit!