Is it just me, or are other folks experiencing relatively empty screenings already? (Despite, of course, the fact that the box office will tell you that every film you’d like is sold out?) That was the case for me at all three movies I attended today, none of which was full and the first two of which had heaps of vacant seats. 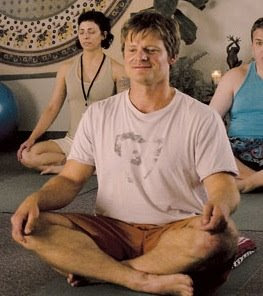 First up, Management (5/8), a romantic comedy about a directionless motel employee (Steve Zahn), who falls for a traveling businesswoman (Jennifer Aniston) when she checks in and engages him in a one-night stand. It was a cute enough movie, but it really requires the viewer to suspend disbelief – Zahn’s character, Mike, pursues Aniston’s Sue with such fervent, almost delusional determination that, in the real world, he might just be served with a restraining order. In the film, however, his behavior is considered charming and, while delusional, sweet. Credit Zahn for walking that line deftly. The highlight of the film, though, is Woody Harrelson as an “ex-punk” and yogurt magnate who’s hilariously self-important.

And yet, despite (or perhaps because of) the relatively name-brand cast, the screening wasn’t full by any means. It *was* a 9:45am show, so that might account for the sparse attendance, but it definitely feels like the fest has already begun its annual wind-down. 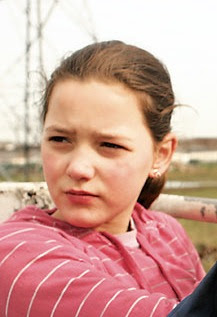 The rather mediocre turnout for my next film was too bad, because the movie itself was excellent... and so small that it likely won’t see the light of the day at cinemas once the fest ends. Kisses (7/8) is an admittedly somber but fully engaging little (72 minutes!) drama about two preteens (Kelly O’Neill, Shane Curry) living in a housing-project-esque enclave outside of Dublin, who flee their abusive homes for an equally peril-filled adventure in the city. Beautifully shot and nicely told, the film avoids the fairy-tale-ending trap into which it could easily have fallen and, instead, sticks to reality... however unpleasant that might be.

Almost as good as the film was the post-screening Q&A, during which director Lance Daly tried (unsuccessfully) to rein in his so-over-TIFF young stars onstage. Neither O’Neill nor Curry seemed particularly interested in fielding questions – at one point, after a question to which she felt she had no answer, 12-year-old O’Neill said, “I don’t even know why I’m up here.” It was, in a word, fantastic! I’m so used to pretentious and/or precocious young talent being all Hollywood-y and creepy, that this experience with two Irish kids who are not at all caught up in the scene was thoroughly refreshing. Loved it. 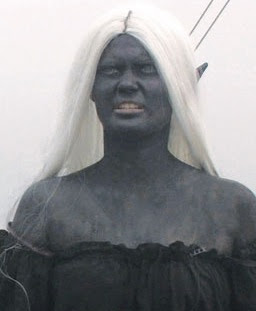 Last up was The Dungeon Masters (6/8), which Eric has already discussed below. To his summation (with which I agree) I’ll simply add that there were more than a few moments in the film that my subconscious will revisit in my sleep at some point, I’m sure. The film also reminded me a lot (in tone) of Song Sung Blue, which I saw at HotDocs earlier this year. While it didn’t feel as exploitative as SSB, it had the same “look at how some of these folks don’t realize what their pursuit of their passion does to the rest of their lives.” One particular D&D gamer profiled actually seems to relish destroying relationships, both in the game and in his life... or, I suppose, seems to have almost complete emotional detachment from the hurtful scenarios he creates.

Speaking of detachment, I’m starting to feel like I’m over TIFF. Like, completely. As recently as a few years ago, it was my absolute favorite time of year – I couldn’t wait for August and September to arrive, I would see about 33 films each fest, and I loved loved loved the whole thing. But in the past two years, the love has faded surprisingly quickly. I don’t have that same passion for TIFF any longer, and an event that used to put me squarely on Cloud Nine for a week and a half now leaves me exhausted and annoyed for nine days straight. I dunno, I kind of feel like a contestant on America’s Next Top Model, who’s standing before the judging panel and being told she’s lost her spark... lost her spirit. Inevitably, that girl winds up cut from the show, and I feel a bit like that’s what might happen to me re: TIFF. Time will tell.

Line Buzz: I only stood in one line today, and that was with Eric and Dan, so the only line buzz I heard was theirs. Which you can read about below.