The shortlist of 15 films that will be considered for the Oscar for Documentary Feature has been announced. Looks like a good race, as several of these films, including The Cove, Food, Inc., Garbage Dreams, and Every Little Step were very popular with audiences in the film fest circuit.

Beverly Hills, CA (November 18, 2009) — The Academy of Motion Picture Arts and Sciences today announced that 15 films in the Documentary Feature category will advance in the voting process for the 82nd Academy Awards®. Eighty-nine pictures had originally qualified in the category.

The 15 films are listed below in alphabetical order by title, with their production company:

The 82nd Academy Awards nominations will be announced on Tuesday, February 2, 2010, at 5:30 a.m. PT in the Academy’s Samuel Goldwyn Theater.

Academy Awards for outstanding film achievements of 2009 will be presented on Sunday, March 7, 2010, at the Kodak Theatre at Hollywood & Highland Center®, and televised live by the ABC Television Network. The Oscar presentation also will be televised live in more than 200 countries worldwide.

0
PreviousGone With the Wind’s 70th anniversary? Oh, yes, I give a damn!NextThe Twilight Saga: New Moon 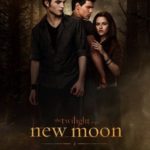