His story illustrates that it’s entirely possible to have a good life, even when your dream winds up looking an awful lot like reality.
By Jenniferon October 24, 2009
0 Comments
Our Rating 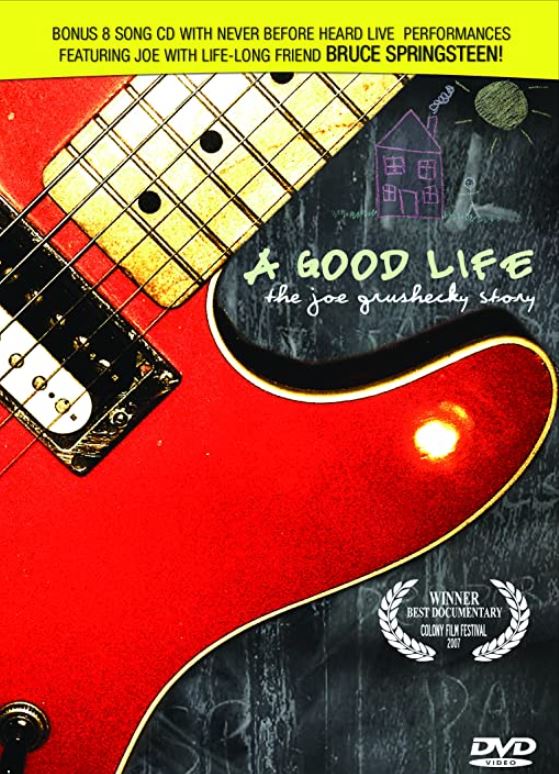 I’m sure we all have an idea of what it would mean to be a rock star – to work in our chosen field, make lots of money, become a household name, win the love of critics and fans alike, befriend Bruce Springsteen, and live happily ever after. We know what living the dream looks like, right? Except that sometimes only parts of the dream come true, and the documentary A Good Life: The Joe Grushecky Story proves that there’s absolutely nothing wrong with that.

If you’ve never heard of Joe Grushecky, you’re certainly not alone, but this dedicated musician has been working steadily since 1979. In fact, his first album was met with praise from both Rolling Stone and Billboard magazines. So what went wrong? Uncertain of how to market Joe’s unique sound, MCA failed to market his music at all. The TV appearances and opening gigs that should have brought national exposure never happened, and thirty years into his career, Joe Grushecky remains a journeyman musician who has always had to have a day job (principally teaching) to supplement his passion. This could be considered a fairly disappointing turn of events, and you really wouldn’t blame Joe for feeling cheated. The beauty of his story is that he doesn’t.

For all the things that didn’t happen for Joe, the fact remains that he can draw a crowd of hundreds whenever he plays in the New Jersey area. People do know his name and his work…really cool people, like Bruce Springsteen (with whom Grushecky recently collaborated). His story illustrates that it’s entirely possible to have a good life, even when your dream winds up looking an awful lot like reality.

Extra features include deleted scenes, the Iron City Houserockers Live, and an acoustic performance of “Beauty Fades”. The bonus cd features music from Joe Grushecky and the Houserockers at Nick’s Fat City in Pittsburgh.

PreviousSLGFF 2009 #4: Drooling for the hustler boysNextSLGFF 2009 #5: Keep your daughters away from lesbians!