Stories about Russell Crowe’s assorted brawls or drunken escapades or phone-throwing tantrums abound, but this disarmingly sweet and genteel drama will introduce the world to the kinder, gentler and funnier Crowe.
By Jenniferon February 1, 2010
0 Comments
Our Rating 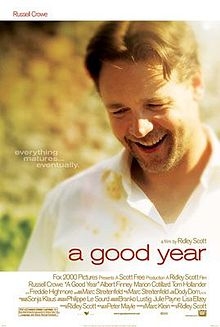 Even more surprising is that the film is helmed by big-budget tough guy Ridley Scott, who last teamed with Crowe for the decidedly less-genteel Gladiator.

Based on the book by Peter Mayle, the film stars Crowe as Max Skinner, a slick and savvy bond trader in London, who makes piles of money, dates tons of women and yet wears a troublingly unappealing pair of glasses and a somewhat nebbish hairdo. (Think: a slightly geekier and much more endearing Gordon Gekko.) One day, word arrives that Max’s lovable womanizer of an uncle (Albert Finney) has died and Max, as the sole living relation, has inherited the older man’s vineyard and chateau in Provence. For money-loving urban dweller Max, this will be a trip back to his past – as a boy (Freddie Highmore), he spent summers with his uncle, learning about wine, women and life – and one that he initially believes will be cut and dry. Head to the south of France, take one last look around and then sell the place for a hefty sum. Done!

Not so fast. Despite his plan, Max soon finds that letting go of the vineyard isn’t as easy as he’d have hoped. For starters, the vintages being churned out are crap (as evidenced by the multiple spit-takes that occur whenever anyone takes a sip), so questions arise over the quality of the product. There’s also the kindly French couple (Didier Bourdon and Isabelle Candelier), who have run the operations for decades and who consider the place their home. An American girl named Christie (Abbie Cornish) then arrives, announcing that she’s the illegitimate daughter Max’s uncle never knew he had…which means, by law, the vineyard should be hers. And last, but certainly not least, is Max’s blossoming relationship with Fanny (Marion Cotillard), a sassy, sexy young woman, who runs a local restaurant and who makes for a fun and flirty verbal-sparring partner for an instantly smitten Max.

Comparisons have been drawn between A Good Year and other similarly themed movies like Sideways or Under the Tuscan Sun, and they’re fair. Like both of those films, this one is drenched in gorgeous cinematography and hazy, dreamy landscapes that make you want to pack your bags and head for Europe to live in a centuries-old house where scorpions climb in the windows if you forget to leave lavender on the sills. Much of the film’s success relies on the audience believing that Max would consider, even for a moment, leaving his lush city life behind for one in the country, and the filmmakers succeed in creating a magical Provence backdrop that no one could resist.

Equally great is Crowe’s performance, which is imbued with such warmth and levity that you can’t help but like the guy. He’s equal parts killer businessman and melancholy big kid, so it’s fun to watch him try to adjust to the rural way of life…which, thankfully, does not involve the typical slapstick, “fish out of water” shenanigans that pop up in movies like this. (Though, there is a fish *in* water sequence that’s funny.) Crowe is also blessed with great chemistry with his spunky onscreen paramour, Cotillard. She’s gorgeous and smart and tough, and she gives Max a run for his money.

But, cast-wise, the hands-down standout is Archie Panjabi, whose turn as Max’s acerbic and hysterically dry assistant easily rivals Emily Blunt’s star-making turn as Meryl Streep’s bitter go-to girl in The Devil Wears Prada. Panjabi’s Gemma is like Max’s mother and handler all in one, with a sharp mind and an even sharper wit. She’s a delight for every second she’s onscreen.

This isn’t the kind of movie that wows you. You probably won’t leave the theater floating on a cloud because of its sheer brilliance, but you’ll likely walk out with a smile on your face…craving a nice glass of wine…and wishing you had a rich uncle somewhere in France. 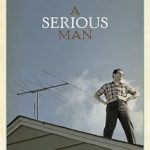 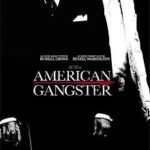