Aww, you know I love these Air Bud movies! I mean, who doesn’t want to believe that their pet is smarter and more talented than the average junior high kid?
By Lindaon February 14, 2010
0 Comments
Our Rating 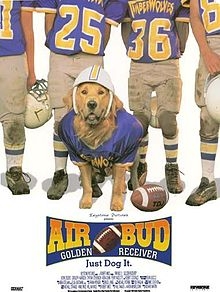 After the success of the original Air Bud movie, which was about a dog who could play basketball, and the boy who loved him, the powers that be I’m sure where rubbing their hands with glee at the potential for sequels. Well, it only took a year for the next Air Bud to get rushed to theaters (and it has since spawned not only more Air Bud movies, but the additional Buddies franchise involving heee-larious talking puppies). Sticking to the formula of the first, Air Bud: Golden Receiver simply shakes it up by introducing a new Buddy talent: Hey! The dog can catch footballs in his mouth! And pretty much there you have the movie.

Well, now, there’s a little bit more to it. Kevin Zegers returns as Josh Framm, and is noticeably older (and well, cuter… c’mon, you’ve seen him all growed up in Transamerica!). His widowed mom (Cynthia Stevenson) has started dating again, much to the dismay of Josh. But when she hooks up with hot veterinarian Patrick (Gregory Harrison), even Josh has a hard time not liking the guy. I mean, Buddy likes Patrick, so he has to be OK, right?

Where Air Bud: Golden Receiver gets schizophrenic is when the movie decides that the family drama mixed with sports scenes aren’t quite enough, like in the first movie. There has to be a threat to Buddy, so there is this bizarre, completely cartoonish and undeveloped side plot involving a Russian circus (I’m not kidding) led by Nora Dunn in a dominatrix outfit, and sporting a heavy accent. The circus is stealing random and rare animals from the Seattle area to transport back to their country. When they see Buddy on TV leading the junior high football team to a victory, well, they must have him! Needless to see, these scenes feel like they are from a completely different, dorkier movie (no, a dog playing football is not dorky, dammit!).

I thought the original Air Bud was a nice family movie, and yes it made me cry (the sob-worthy drama made it rated PG, as opposed to the G rating for this tamer one). When films like that get franchised, you just know that the quality slowly (or sometimes quickly) begins a downward spiral (see Santa Buddies). Air Bud: Golden Receiver is still watchable, in my opinion, but it just doesn’t quite have the magic of the original.

Other than some trailers, the only extra on the Special Edition is something called Buddie’s Sports Channel (yes, with that typo in the DVD menu) with the Buddies pups hosting an ESPN-like wrap up of their “dad’s” football highlights from the movie. Oh, yeah, and the Special Edition also includes an Air Bud whistle in the packaging. Cool. 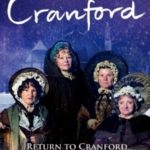