For those of you who were keeping score, this film came at the halfway point in The Year of The Law. 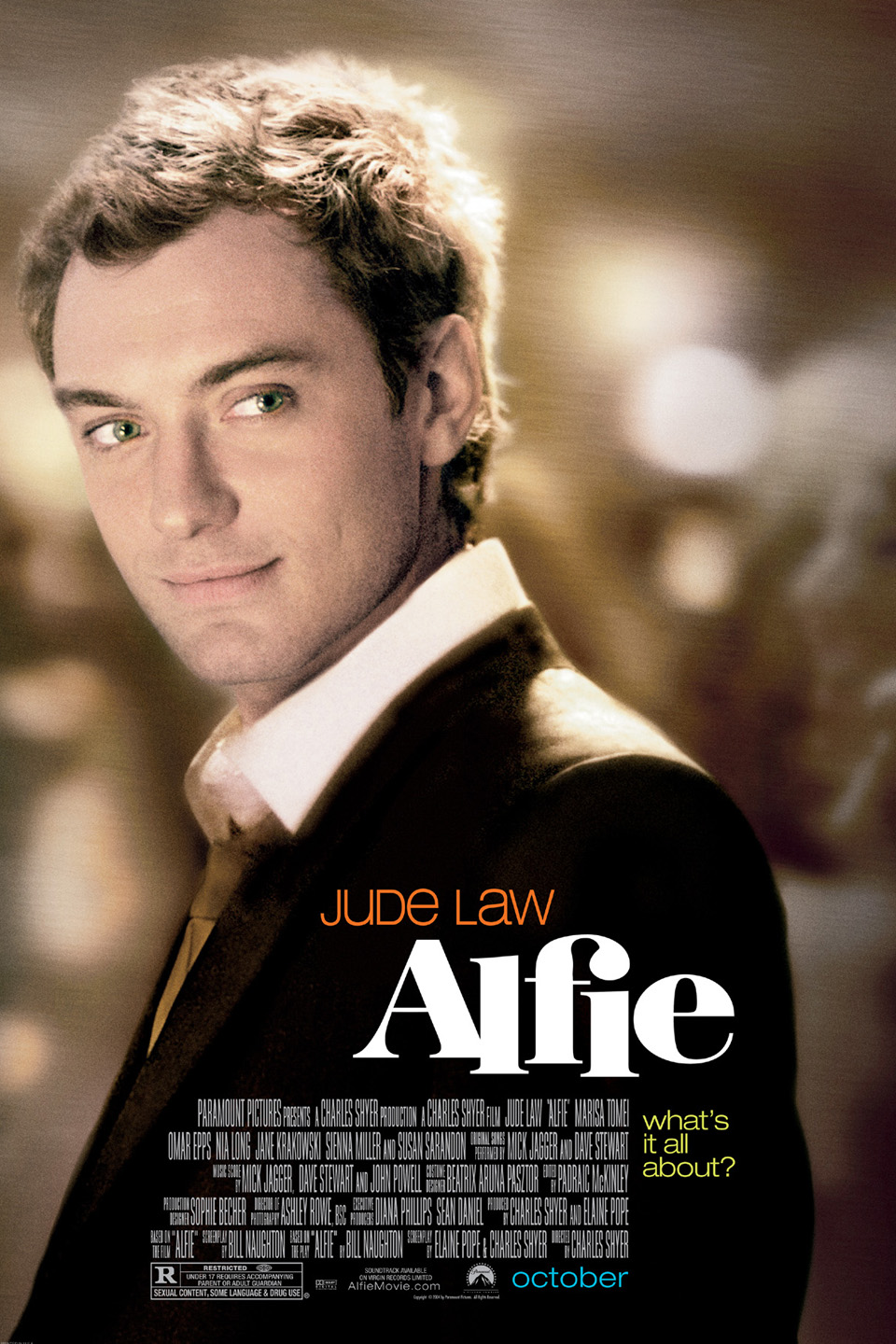 Jude Law had six films on his resumé for 2004 (still to come were Closer, his cameo in The Aviator and his role as narrator for Lemony Snicket’s A Series of Unfortunate Events) and, unfortunately, this third offering was a little limp.

A remake of the Michael Caine classic of the same name (for which Caine snagged an Academy Award nomination), Alfie is essentially the story of the charming, rumply haired, titular playboy (Law), who goes from fling to fling without anything pesky like feelings or attachments or, God forbid, l-o-v-e. Among his smitten harem are: a lonely trophy wife (Jane Krakowski), a single mother (Marisa Tomei) with whom he has an on-again/off-again romance, a wealthy cosmetics magnate (Susan Sarandon) with a taste for younger men, and a party girl (Sienna Miller) who’s kind of like a walking emotional trainwreck. Oh, and there’s a one-night stand with his best friend’s ex-girlfriend that you know will have repercussions to come because, well, she’s played by Nia Long and the producers aren’t about to waste a name actress on what would otherwise be a two-scene rendezvous.

Thing is, there’s not much more to Alfie the film or Alfie the character. Yes, he’s an unrepentant cad with a winning smile and an adorable way with words, but that’s about it. There are flashes of depth and a few moments of introspection, but those are pushed aside for more scenes of Alfie literally charming the pants of his next conquest. Granted, Jude Law does a very nice job in the role and is irresistibly likable, but after a while I just started to look at my watch to see how much time was left in the film and how many more times we’d basically watch the same scenario repeat itself. Alfie meets woman. Alfie beds woman. Alfie or the woman ends it. Repeat.

Also, because this is A Jude Law Star Vehicle Film, his female co-stars kind of get the short shrift. Tomei’s Julie has the potential to be this great, earthy stabilizer, but she only gets a handful of scenes. I wanted to see more of her. Ditto Sarandon, who’s kind of there and then gone, and Long, whose character has the most at stake and gets close to the least amount of screen time. When Alfie does occasionally begin to develop feelings here and there, I had to wonder why. The filmmakers don’t give the audience a chance to see why Alfie would change his ways for a particular woman because there’s not enough onscreen interaction to create any kind of semi-believable attachment.

Overall, I was disappointed by Alfie. Like the character’s fly-by-night relationships, I thought the movie was kind of empty, disjointed and, sadly, really kind of boring.