Wow. Sean Penn not only chews the scenery in this leaden remake, he eviscerates it.
By Pie Pal Vickieon September 29, 2006
0 Comments
Our Rating 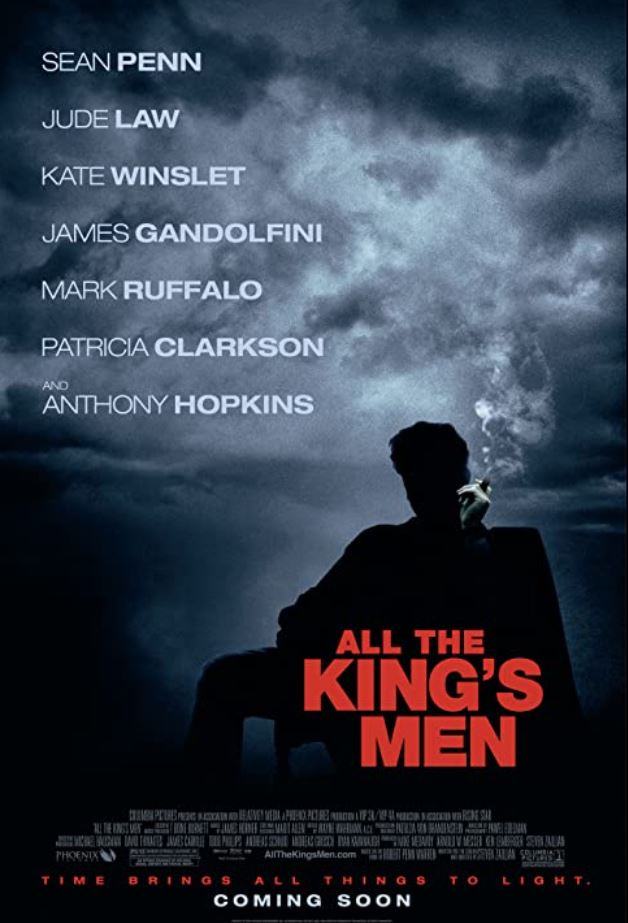 He’s like an angry little Tazmanian devil, whirling about, arms flailing, screaming at everyone and destroying everything in his path. Halfway through the movie, during one of his explosive rants, I flashed back to Linda’s comments about Rufus Sewell our joint review of The Illusionist and I started imagining that Penn’s head would actually explode right off his body. And then I started laughing. It was all downhill from there.

Written and directed by Steven Zaillian, Men has had a long, slow, oft-edited journey to the screen, and I can’t say that it was worth the wait. Penn stars as Willie Stark, an outspoken, exceptionally loud man of the people who becomes governor of Louisiana and winds up redneck-deep in corruption. Watching from the sidelines is reporter Jack Burden (Jude Law), who covers Stark and eventually winds up working for him, as well. And, really, that’s all there is to tell about this film. We’re treated to countless scenes of Stark rallying the rural, impoverished, uneducated masses with his trademark potent public speaking (that, at times, smacked of I Am Sam Goes to Washington), and we’re repeatedly reminded when we’re supposed to feel inspired/awed/moved by the subtle-as-an-anvil musical score, which is so over-the-top that it, too, is laughable. The deafening musical swells bordered on parody.

A number of peripheral characters populate the story, including a mobster (James Gandolfini, what a stretch!), a blue-blooded lass (Kate Winslet, in what amounts to an extended cameo) and her physician brother (Mark Ruffalo), all of whom find themselves part of Stark’s troubled world in one way or another. Thing is, none of them are interesting. The most interesting person orbiting the action is Sugar Boy (Jackie Earle Haley), not because of what he does here, though, but because he’s played by the guy who was the original Kelly Leak in the Bad News Bears films. (An aside: OMG, he’s OLD now!)

Aside from its bland execution and outrageously funny theatrics, the film is plagued by a world of awful Southern accents. The only two actors who are convincing in their drawls are Patricia Clarkson (who’s from Louisiana) and Kate Winslet (who obviously spent a fair amount of time practicing). But everyone else was terrible! Jude Law – whom Penn referred to as “one of our finest actors” in his notoriously humorless rebuttal to Chris Rock’s Oscars monologue – speaks with some kind of mangled, nondescript American accent; Gandolfini’s attempt at sounding like a good ole boy comes off like Tony Soprano of Hazzard County; I don’t think Ruffalo even bothered to put on any accent at all, and even Penn, a talented actor around whom the film revolves, isn’t convincing.

I didn’t like much about All the King’s Men. I thought it was boring and unintentionally funny and more than a little bit of a celluloid blowhard. Sean Penn basically spends two hours bellowing at the camera and, for me, that just doesn’t spell “a good time at the movies.” 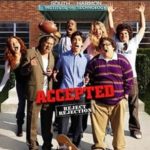 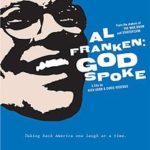