The movie isn’t terribly original, but it’s still fun. The laughs are still hearty, even if you feel a little guilty…
By Vickieon January 16, 2004
0 Comments
Our Rating 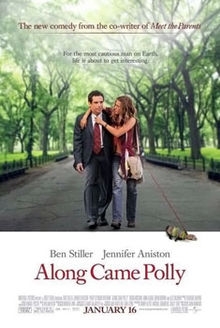 Reuben Feffer (Ben Stiller) is a guy who likes things that are safe and well-planned out. He works at a big insurance company, assessing the risks involved in insuring potential clients. Reuben walks the straight and narrow, uses logic and reason as his totems and leads a fairly tidy, if somewhat bland, life.

Polly Prince (Jennifer Aniston) is a free-spirited gal who thrives on disarray and the spontaneous. She works as a cater-waitress and, it seems, isn’t terribly good at her job. Not that she really cares. Polly happily careens from moment to moment, living and loving as the spirits move her and without any kind of plan for her future.

Made for each other? As per the romantic-comedy rule book: you bet.

The former childhood friends meet up unexpectedly as adults, after Reuben gets dumped by his new wife (Debra Messing) on his honeymoon. Intent on reclaiming his freedom, Reuben pursues Polly despite the fact that, on paper, they couldn’t be more of a mismatch. Hilarity, and numerous bodily function jokes, ensue.

Despite its lean running time (less than 90 minutes!), Polly nonetheless manages to cram a whole bunch of great performances into a relatively thin story. The opposites attract thing is standard enough, and we’ve all seen variations on that theme before, but it’s the wildly colorful supporting cast that makes the movie worth watching.

Aside from Stiller and Aniston, who have both more than proven their comedic abilities in the past, the film features some brilliant little gems. Philip Seymour Hoffman co-stars as Reuben’s perpetually sweatpants-clad best pal, a has-been former teen star desperately clinging to the last microscopic shred of his fame. If he’s not enough for you, then how about Alec Baldwin as Reuben’s smarmy, politically incorrect boss? The glasses alone are enough for at least one chuckle. Still want more? Hank Azaria turns in a delightfully fromage-y performance as Claude, an overly tanned instructor of “the scuba” and the man who steals Reuben’s wife. Throw in Bryan Brown as a wild-card millionaire with a penchant for reckless living and you’ve got yourself a nice cushion of strong talent for the stars to bounce around on.

The movie isn’t terribly original, but it’s still fun. The laughs are still hearty, even if you feel a little guilty that you’re essentially amused by some Dumb & Dumber retread humor. Ultimately, though, Aniston and Stiller are so likable it hurts, and they make for the kind of couple an audience pulls for.

Will it wow you? Probably not. But will it put a smile on your face? Most likely. 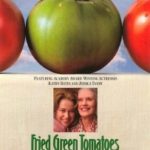 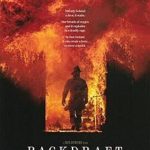