American remake of Let the Right One In begins filming

It seems unavoidable that any awesome foreign film is bound for an American-style remake. Why? Because I guess Americans can’t read? Who knows. But one of our favorite movies from last year, the beautiful, sad, and chilling Swedish vampire film Let the Right One In, was unsurprisingly snapped up for remake rights. Here’s the scoop from a press release from Overture Films:

On behalf of Overture Films, we are excited to announce that principal photography has begun on Let Me In, writer/director Matt Reeves’ adaptation of Let the Right One In, in Albuquerque, New Mexico. Reeves (Cloverfield) and young stars Kodi Smit-McPhee (The Road) and Chloe Moretz ((500) Days of Summer) were among those on-set as filming commenced on the Hammer Films production at Albuquerque Studios. Filming will also take place in various other locations in New Mexico before returning to Albuquerque to wrap in January.

In the haunting and provocative Let Me In, an alienated 12-year-old boy (Smit-McPhee) befriends a mysterious young newcomer (Moretz) in his small New Mexico town and discovers an unconventional path to adulthood. The film is based on the bestselling vampire novel, Lat den Ratte Komma In, by Swedish author John Ajvide Lindqvist, and is an English-language remake of the highly acclaimed Swedish film of the same name.

The filmmakers note that while the new film will pay respect to the original Swedish version, they intend to forge a unique identity for Let Me In, placing it firmly in an American context.

“This project is very personal to Matt as it is to the many passionate fans of the original story,” said Simon Oakes, President and CEO of Hammer Films. “The brilliance of that story deserves to be seen by audiences on a wide scale and we are excited that the pieces are in place to make that a reality.”

Updates to the cast list include Elias Koteas (Shutter Island) as the policeman, Cara Buono (“The Sopranos”) as Owen’s mother and Sasha Barrese (The Hangover) as “Virginia.” It was previously announced that Smit-McPhee and Moretz would play the leads “Owen” and “Abby” respectively and Oscar®-nominee Richard Jenkins (The Visitor) would play the guardian of “Abby”.

Hammer Films acquired the remake rights to Let the Right One In at the 2008 Tribeca Film Festival where the film took home the Founders Award® for Best Narrative Feature. The production is scheduled for a 2010 release in the U.S. by Overture Films. Exclusive Film Distribution is handling worldwide sales and distribution of the film.

Tags: Let Me In, Let the Right One In 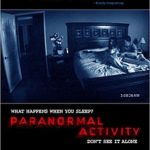 PreviousParanormal ActivityNextA Jacksons reality TV show? Is it too soon?