Antarctica: A Year on Ice

Though stunning beauty may be marred by stunning cold and surprising loss of brain power, Antarctica remains a unique and fascinating last frontier.
By Lindaon March 26, 2015
0 Comments
Our Rating 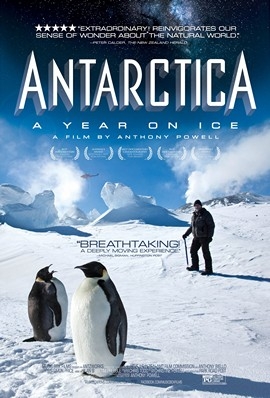 Early in Antarctica: A Year on Ice, it is explained that there are no children allowed (no surprise, really), but there are also no pets. NO PETS! It seems that every time I see a film about Antarctica (a topic that draws me like a moth to a flame) the inhospitality of the land and the weather, and the mind-numbing length and isolation of the winter is emphasized, but to no avail… I. Want. To. Go. But, again, NO PETS?!?! This is the first I heard of this. The last of my fantasy sled-dog friends left the continent in the mid-90s, considered too dangerous a threat as a non-native species to the local wildlife. I understand, but from the looks of the winters in this film, McMurdo Station could use some workplace cats.

Documenting a year in the life of the folks of McMurdo Station, Antarctica profiles that beautiful, remote, and very very cold continent mainly through the eyes of the folks that are sturdy enough to “winter-over” at McMurdo. They are regular folks with regular jobs (like the IT guy, the woman who runs the store, the guys on the firefighting team), but who happen to be in one of the most extraordinary locations on earth. When the last plane leaves at the end of the summer season, these few hundred people may as well be on the International Space Station. There is no way in or out of McMurdo for months and months, until the end of the long, dark winter, and the hum, again, of the first plane of the season.

Director Anthony Powell, a veteran photographer from the Frozen Planet series, took 10 years to make this film. Unsurprisingly, there are visually gorgeous moments of the ice, the land, the skies, and the stars. Using time-lapse photography to great effect, we see the sun dance along the horizon, circling McMurdo without actually setting; we see the southern lights (aurora australis) dance across the night sky; we see ice creaking, melting, and breaking apart. The human element, though enjoyable, is perhaps less affecting (through no fault of the subjects being interviewed). Still, I was intrigued by some of the things they shared, from the post-storm images of a vehicle’s cabin completely packed with snow (the storm was so powerful, the snow blew in through all sealed edges! holy smokes!), to the effects of polar isolation and darkness, a syndrome called “T3” that has interview subjects lose their train of thought as they tell stories about losing their train of thought. 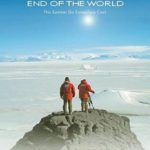