A boring man with a mid-life crisis meets a spirited young woman on the road and they… well, that sounds more exciting than it is.
By Lindaon April 27, 2013
0 Comments
Our Rating 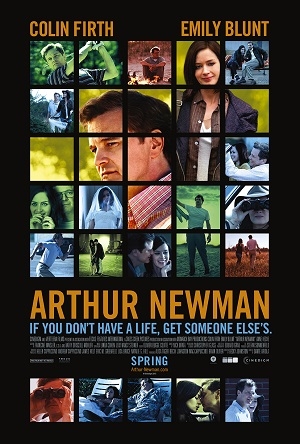 Wallace Avery (Colin Firth) is a boring middle-aged man with a boring life. He has a nice, boring relationship with his girlfriend (Anne Heche) and his estranged teen son won’t talk to him. He also has a boring job as a floor manager at FedEx. [Insert editorial comment here: Screenwriters tend to resort to middle-management jobs as the Bane of All Evil Careers, which I think is a bit unfair to all those hardworking people that keep corporate America working!] Anyways, Wallace is bored and boring, so he stages himself disappearing on a camping trip, partly to see if anyone cares (because he doesn’t), and partly to start a brand new, glamorous life with a new name on his ID: Arthur J. Newman.

If some weird khaki-and-polo-shirt guy with out-of-fashion glasses offered you his hand at a gas station, and with a toothy grin said, “I’m Arthur. Arthur Newman. Arthur J. Newman…” wouldn’t you pick up that he was full of shit? Anyways, the new Arthur J. Newman has decided to drive to Terra Haute, Indiana to become a golfing coach at a fancy golf resort where some random guy from his past offered him a job based on his word (good luck with that, buddy). But what is a road movie without an opposites-attract buddy/foil? At a hotel pool, Arthur picks up a scrappy drunk girl named Mike (Emily Blunt), and next thing you know, they are driving across the country together.

Oh, and they have sex.

Does that really surprise anyone? Except this is kind of weird sex. Mike has something to hide, just like Arthur, so they both prefer to pretend they are someone else. As their own real lives are too sad or depressing to connect with each other in a real way, they find their kicks by having sex in other people’s houses on the way to Terra Haute, dressed in their clothes, and adopting what they think are their personalities, just for a moment of kinky fun.

This seems like it is out of a different, funnier movie, with different actors with less pedigree than Firth and Blunt, and with more chemistry. They are both obviously fine actors, but with the double-decade age difference and cliched plot—where a wacky girl helps a stuffy man relax, and a good man helps a screwed up girl get her shit together—I just found myself scratching my head about what made this project so alluring for the two of them to sign on. Admittedly, I would watch Colin Firth and Emily Blunt doing nothing for two hours, just in case it might be good, but I don’t really ever want to see these two make out again.

And to wrap it up, when depressing reality sets in, there really doesn’t seem to be any silver lining. But, unsurprisingly, at the end Colin Firth magically loses his glasses and suddenly wears sexy shirts. Because, my friends, that is what soul-searching does for a man. 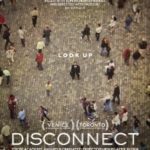