A Dickensian “orphan” of two classical musicians is destined to be reunited with his parents, with the help of a guy named Wizard, who is, yes, played by Robin Williams.
By Jenniferon December 30, 2011
0 Comments
Our Rating 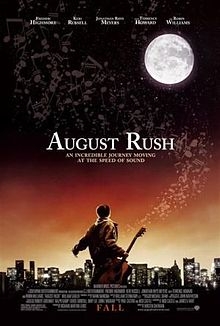 Am I insane, or was August Rush touted as one of the feel-good movies of the year? I guess it might make you feel good… if you like eating tripe, covered in cheese, slathered in syrup, and served with a side of crap. I felt kind of sick and disgusted myself.

August Rush begins with one of those five hour love affairs that so often become the basis of bad romantic movies. You know the kind—boy meets girl, girl and boy are tragically separated, and boy and girl spend the rest of their lives pining for one another as shadows of their former selves. In this case the girl is Lyla (Keri Russell), a young cellist with a bright future ahead of her. After a performance, she falls into the arms of Louis (Jonathan Rhys Meyers), and the two spend an enchanted evening on a rooftop.

They’re supposed to meet the next day, but in true Affair to Remember style, the rendezvous falls through. Lyla’s father (William Sadler) keeps them apart, and is furious when he discovers Lyla is pregnant. After she conveniently gets hit by a car, he seizes the moment. The baby is born while Lyla is unconscious, and dear old dad wastes no time in signing it away for adoption. Apparently no one thinks it’s at all strange that the papers were drawn up with Lyla’s signature while she was laying comatose down the hall.

Flash forward eleven years, forty-six days, seven hours, and ten minutes or so (not that anyone’s been counting), and we meet up with Evan Taylor (Freddie Highmore), Lyla and Louis’s orphaned son. He’s been living in a children’s home his entire life, but he refuses to be placed in foster care, because he just knows that his parents are coming for him. Freddie Highmore is a perfectly adorable English boy, but every time he puts on an American accent, the little hairs on the back of my neck go up and I start wanting to scream. He does this eerie whispering thing, like his spirit is so broken he can’t work up any volume. It’s just pitiful.

Also pitiful are Evan’s parents. Lyla has stopped playing the cello, and basically knocks around feeling empty all the time. Louis too has stopped making music, but every once in a while he calls Lyla’s number and hangs up. Other times he’ll just stare meaningfully at the phone. There’s not even an issue with being unable to find her—he just never connects.

Things finally get rolling when Evan gets lost one day. You’d think the kids in an orphanage would be pretty street smart, but short of learning how to talk, it seems like Evan has done nothing but sit on his bunk bed for the past eleven years. He meets up with a homeless boy busking in the park, then follows him back to this huge abandoned theater where all these other musically inclined street children live. Then, in a truly Dickensian twist, Wizard (Robin Williams) emerges as some sort of Lord of the Orphans. He takes all the busking money the children bring in, and he pimps the most promising young musicians to talent agents. When it’s revealed that Evan has some sort of crazy natural musical ability, Wizard gives him the stage name August Rush, and Evan is off and running.

For a brief period of time, things look up as Evan goes to live with a minister and his family. He takes classes at Juilliard, and even lines up a gig conducting his very own symphony at Central Park. And guess who’s going to be at the show? His mom!!! It’s got “happy ending” written all over it until Wizard shows up. And then Evan/August lets everyone think he’s his father. Because why? What the hell is Wizard going to do to him? What reasonable adult is going to let a prodigy be led away by this weird, sleazy orphan hoarder? Oh, but if Evan doesn’t leave with Wizard, we’ll miss the really exciting chase in the subway, and we won’t have to sit there checking our watches and wondering how he’s going to get to his concert. Perhaps he’ll have to crawl up a vent in the stage floor?

There is no question as to whether or not Lyla, Louis, and Evan will all meet up at the Central Park, but when it happens, it’s so amazingly anticlimactic and cheesy, it’s hard not to want a refund on the time you spent waiting for that moment. I don’t think I’ll be spoiling anything to say that the ending is tantamount to the three of them exchanging glances and realizing that they’re going to live happily ever after, making beautiful music all the while. Gag. 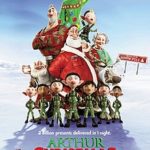 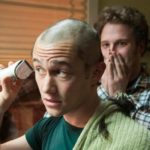