This a sort of refreshing mental sorbet after watching Al Pacino’s emotionally exhausting dramas.
By Jenniferon September 1, 2010
0 Comments
Our Rating 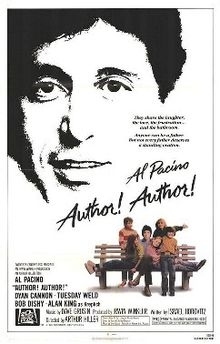 I would just like to refute the notion that Author! Author! is a stinky Al Pacino movie. Maybe the people who said it was didn’t see Gigli. Maybe they never had to sit through Dick Tracy. Maybe they were cynical buggers with no sense of humor, but there is nothing wrong with Author! Author!. To the contrary, it is a sort of refreshing mental sorbet after watching his emotionally exhausting dramas.

Author! Author! follows playwright Ivan Travalian (Pacino), as he struggles with a failing marriage and a case of writer’s block. His wife, played by Tuesday Weld, can’t seem to stay married more than three years at a time, and she moves in with another man just as Ivan’s latest play goes into production. She leaves him rejected and bewildered with a houseful of kids from her other marriages. The questions over custody, and the scenes of Ivan bumbling his way through parenthood alone are reminiscent the better parts of Kramer vs. Kramer. Years earlier, Al Pacino reportedly rejected the Dustin Hoffman role in that film, but Author! Author! is certainly lighter and contains far less yelling.

The film progresses as Ivan works to make sense of a life that is coming apart at the seams. He begins a love affair with his play’s leading lady (Dyan Cannon), and though she eases his misery temporarily, it soon becomes apparent that they don’t have much in common. To make matters worse, Ivan can’t seem to write, and his play just isn’t coming together. He’s still in love with his wife and can’t figure out how it all went wrong. He was faithful and good, yet he lost her anyway. Al Pacino saves the film from turning into sentimental syrup with his self-deprecating sense of humor and sincerity. Ivan is just a guy trying to figure out his life, somewhat baffled its consistently odd turn of events.

Funnily enough, it is the children who see the situation clearly. They know it is their mother’s nature to move on at random intervals (as if a sane woman would leave a man who can speak with his eyes), and they know they aren’t really wanted by the biological fathers they are leaving to live with. The cast of kids in this movie is great, and they are all vaguely familiar from early 80’s TV shows and movies. One little boy spends the movie trying to train himself to pee while other people are in the bathroom, and says “God damn it!” whenever anything goes wrong. This is truly a family of lovably quirky people.

In this film, as in life, things must get worse before they get better. Chaos erupts as Ivan tries to beat the deadline for his play and the children return to the only real father they have ever known. When it’s all over, Ivan may not get the girl, but the children prove that his goodness has not gone unnoticed. He makes a difference where it’s needed most, and somehow manages to pull himself up by his boot straps. Is it any wonder that everyone is cheering Author! Author! in the end? 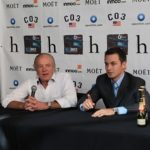 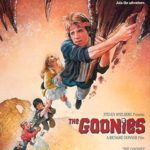