In this sort of parallel-universe addendum to the original animated classic Bambi, the titular young prince of the forest gets some quality time with dear old dad.
By Lindaon February 8, 2006
0 Comments
Our Rating 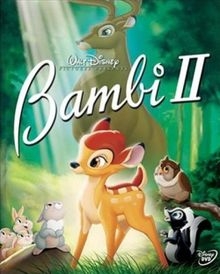 Bambi II (yikes, what a wretched title) is a harmless, straight-to-video story that  feeds off nostalgia for the classic original, while offering some new characters. Luckily, it is so careful and reverent that it really doesn’t offend the spirit of the original (believe me, I was taking careful note).

Like all Disney movies of late, this is a single-parent story. And like all single-parent Disney stories, one parent is dead (the death of Bambi’s mother in the original is a landmark of childhood trauma for generations of kids). Bambi II picks up with Bambi’s father, the The Great Prince of the Forest (voiced with gravity and awkward parental discomfort by Patrick Stewart), comforting his motherless tot. Bambi (voiced by go-to kid Alexander Gould, pre-cracking voice) doesn’t really know his dad, and the two are awkward around each other. The Great Prince immediately enlists Friend Owl to go find a doe that can be a surrogate mother for the fawn.

In the meantime, Bambi sneaks off from the winter den where he is supposed to stay during the day, and goes off playing with trusty friends Thumper and Flower. A new “kid” is thrown into the mix, the bully fawn named Ronno (who reminded me of the bully in A Christmas Story). Ronno has budding antlers, an adolescent voice, and mocks poor Bambi for having a “girl’s name”. Sounds like playground taunting to me!

Bambi II moseys along in a predictable story arc. You know that Bambi and his father will eventually bond, and Bambi will one-up the bully. In the spirit of the original, there is also a scary scene to traumatize very small children (this one involving Bambi getting chased by frightening hunting dogs). Bambi II is, in fact, so earnest that it not only doesn’t offend, it also doesn’t really break out and soar. But as a stand-alone film (it is referred to as a “mid-quel”… neither sequel nor prequel), it should be palatable for families, both kids and adults.

For the adults, there is a making-of featurette, “The Legacy Continues” and pop-up trivia facts. For the tots, there is a slew of extras that the kiddies should enjoy, like “Thumper’s Hurry & Scurry Interactive Game” and some other Friend Owl interactive games, a music video for a deleted song “Sing the Day”, and a featurette on how to draw Thumper (which I totally would have loved as a kid). All the extras are on the Blu-Ray, with limited extras on the DVD. 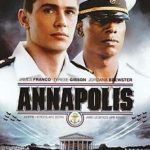 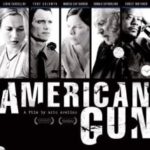