Barry Manilow: Songs From the Seventies

He gives his old songs a new twist, breathes new life into some Seventies standards, and adds enough comic patter to remind us why we just can’t smile without him.
By Jenniferon July 18, 2014
0 Comments
Our Rating 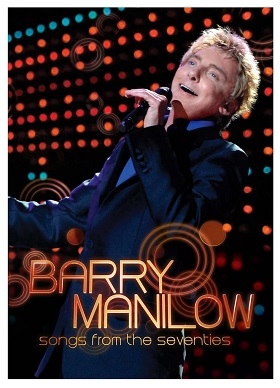 After tackling the songs of the Fifties and Sixties, there was nothing left for Barry Manilow to do but take on the Seventies. He couldn’t represent the decade’s chart-toppers without including his own catalog, and Barry Manilow: Songs From the Seventies finds him doing exactly that. He gives his old songs a new twist, breathes new life into some Seventies standards, and adds enough comic patter to remind us why we just can’t smile without him.

This PBS concert special was shot in the old Brooklyn Navy Yard near Barry’s old neighborhood. The venue is rather makeshift, with awkward ramps running down from the stage, but Barry is at the top of his game. We start out with solid renditions of “Mandy”, “New York City Rhythm”, and “I Am Your Child”, then have a moment of levity with a medley of Barry’s commercial jingles. He seems completely comfortable in his hometown, and it’s just about impossible not to have fun with him.

A sweeping version of “Could It Be Magic?” leads into an low-key version of “Copacabana” that only makes the saga of Lola and Tony more tragic. Having worked us into a Fanilow frenzy, Barry begins to bring in other artist’s songs—”My Eyes Adored You”, “He Ain’t Heavy, He’s My Brother”, “The Way We Were”, and “It Never Rains in Southern California”. I never cared much for the original versions of these songs, but Barry manages to turn them into something fresh and new, and the songs he selected are right in keeping with his own body of work – even the ostensibly cheerful songs have dark undertones. The flip-side of “It Never Rains in Southern California” is that “it pours.” His own “Looks Like We Made It” takes a similarly dark turn when he adds, “we lost each other on the way.” Mandy kissed him and stopped him from shaking, but he sent her away, oh Mandy. More often than not, his music speaks of life’s missteps, love gone wrong, regret, and longing. Songs that start out almost conversational build to chill-inducing crescendos. Why? Because he’s that passionate about what he’s got to say.

Disc 2 “Extra Special Outtakes” includes a fabulously fun rendition of “Who’s Been Sleepin’ In My Bed?”, after which Barry confesses that it’s boiling in the concert hall. He takes a swig of water, then chats with the crowd for a moment before noticing that he’s speaking into the bottle as though it’s a microphone. Comedy ensues when he realizes his mistake, and in another lighthearted moment, he asks for a towel because, “I’ve got crap on my hands.” Anyone who’s ever assumed that Manilow is nerdy or uptight should find his relaxed interaction with the audience and self-deprecating humor a refreshing surprise. Fanilows will simply find themselves reveling in classic Barry. After another take on the “Seventies Medley”, we’re treated to the uplifting “All the Time”. These DVDs leave no question as to why Barry Manilow writes the songs that make the whole world sing, but they will leave you asking, “What, no disc 3?” I guess we’ll just have to hold out for Songs of the Eighties. 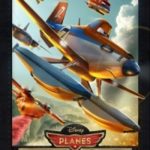 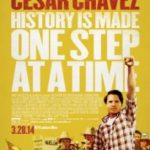