This light-hearted road movie is salty enough to keep the saccharine at bay.
By Jenniferon July 6, 2018
0 Comments
Our Rating 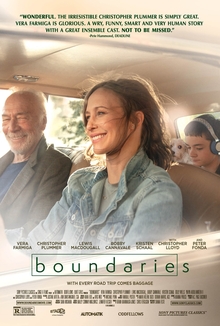 We all know someone who has a capacity like no other to charm us into anything, then let us down hard. For Laura Jaconi (Vera Farmiga), this someone is her father, Jack (Christopher Plummer), an endearing but unreliable man who rarely fails to disappoint. For her own sanity, Laura feels the need to set Boundaries with Jack. The trouble is, he keeps breaking right through them.

From the outset, it’s clear that Laura carries a good deal of emotional baggage, most of which she attributes to her relationship with her father. She rescues far more animals than she can accommodate, struggles with intimacy, and her son, Henry (Lewis MacDougall), is acting out at school. Specifically, Henry has a habit of drawing unflattering naked pictures of people and informing them that it’s their soul.

All of this family dysfunction comes to a head when Jack is kicked out of his retirement community and it is recommended that Henry find a private school more suited to his needs. Jack needs a ride to his other daughter’s home and Laura needs money for Henry’s tuition. Against her better judgment, Laura agrees to drive Jack to her sister’s in exchange for Henry’s school money. What she does not anticipate is that the money will come from a series of marijuana sales that she’s about to facilitate.

As this carful of misfits and stray dogs makes its way down the Pacific Coast to California, they pay visits to Jack’s friends Stanley (Christopher Lloyd) and Joey (Peter Fonda), as well as Laura’s ex (Bobby Cannavale). Henry develops an instant bond with Jack, and though she resists every step of the way, Laura discovers that shutting her father out is perhaps more damaging to her psyche than accepting him, warts and all. This light-hearted road movie is salty enough to keep the saccharine at bay. Besides, who wouldn’t want to hit the road with Christopher Plummer and a small pack of dogs? 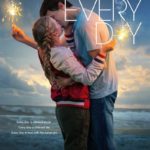 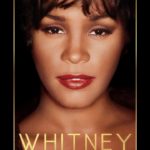