Dear John: Hey! It’s been awhile! Guess what? I’ve been thinking of you recently. Why? Because I finally, finally, FINALLY watched one of your all-time favorite movies (next to Magic, of course): Caligula! I can imagine your face lighting up with delight at this news.
By Lindaon November 14, 2012
0 Comments
Our Rating 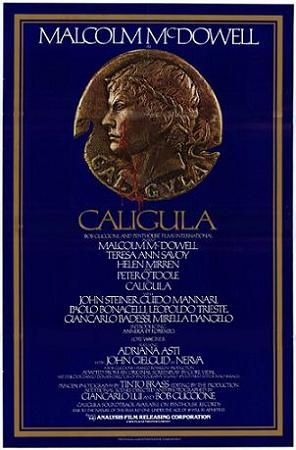 However! I must say that Caligula, starring monkey-faced Malcolm MacDowell as the crazed Caesar of a most decadent and corrupt Roman Empire, was certainly a spectacle! I don’t exactly regret watching it (in the same way that the most of the actors don’t exactly regret starring in the film). In fact, I have to admit that this 3-disc Imperial Edition of Caligula is pretty darn stellar. It is like watching a train wreck, and then hearing everyone talk about it almost thirty years later in the best “What were we thinking?” mode.

I knew I was in for a treat from the opening scene, where Caligula is making out with his almost naked sister Drusilla (Teresa Ann Savoy) under a tree. She, by the way, is the first of many actress to run or cavort through a scene, with absolutely no breast support. With all that flopping around, all I could think was “Ouch.” Anyways, in no time, with the help of hunky soldier Macro (Guido Mannari), Caligula has offed his literally crusty and scabby grandfather Emperor Tiberius Caesar (Peter O’Toole, looking gawd-awful), as well as his most trusted senior advisor (John Gielgud). Voila! Caligula is now emperor! The Senate is not too impressed however, so Caligula takes it upon himself to humiliate, arrest, or simply kill those who don’t agree with him. Because it is not too becoming to make out with your sister (it’s OK in Egypt, though!), Caligula picks the town slut Caesonia (Helen Mirren) as his bride. As Caligula goes mad, crashing a wedding party where he infamously rapes the bride AND the groom, not to mention hosting a grand orgy where he pimps out all of the Senators’ wives, some higher-ups decide enough is enough. Finish with the imagery of buckets of imperial blood being poured down white marble staircases.

The fact that the DVD opens first with the Penthouse logo (and accompanying sexy-girl moan), lets you know just what you are getting into. The discs contain the unrated, uncensored theatrical version of the film (clocking in at a whopping 156 minutes), plus an alternate pre-release version of the film (whatever) that has commentary tracks by—get this—freakin’ Malcolm MacDowell and Helen Mirren! MacDowell famously said in the past that he felt “raped” by Caligula, but he snarkily snickers through a full commentary, giving it a go, offering lots of interesting stories. Mirren is even more enthusiastic, saying she honestly thinks it is a good movie (and offers that Peter O’Toole was not drunk on set, as popularly thought, but was completely stoned the whole time).

These extras are great, but you really can’t match the hour-long documentary, made at the time of the filming, where Penthouse’s Bob Guccione, with his shirt unbuttoned to his navel, waxes poetic on how his film will change the world. That is, of course, because after Italian director Tinto Brass finished filming, producer Guccione brought in his Penthouse Pets to film a whole bunch of extra footage (aka, porn) to make the film “sexier”. You can clearly see that the explicitly porny parts of the film actually do look different in style, with, er, lots of up-close shots of excited body parts, and lots and lots of licking (or “tonguing” would probably be more accurate). In this doc, late-70s-era Helen Mirren says of the film, “It has an irresistible mixture of art and genitals…” then she smirks sexily. Saucy minx!

But I think my favorite extra, out of the hours and hours of fascinating stuff, was the half-hour featurette entitled “Caligula’s Pet: A Conversation with Lori Wagner”. Lori was one of the Penthouse Pets in one of the more memorably smutty scenes, where two maidens spy through a peephole Caligula, his wife, and sister get it on… then they proceed to get busy themselves. Apparently Lori regrets being in the film, having never done such an explicit scene like that before or since. She explains that she really really tried to get some spoken lines in the film, but they kept getting cut. Since she really wanted to be noticed in the film, she volunteered to be the one to urinate on the disemboweled soldier. Yep, that’ll get you noticed! What is great though is that she earnestly reflects on what she did in the film with regret, saying that since then she has become born again, and has left all of that behind her. Now she is a musician in Las Vegas, writing jazz-fusion songs… and hey, here’s her latest CD! She holds up the CD case to the camera. It is called “XXX Sex Songs”, and the first song is called “Fuck Me”. Priceless.

But, John, that said: I’m still not coming over to watch it with you. 🙂 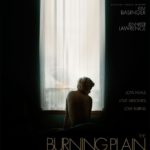 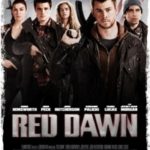