By appealing to both the highbrow foodie, and those that crave comfort food from a taco truck, Chef has something to make just about everyone salivate (except maybe a vegan).
By Lindaon October 14, 2014
0 Comments
Our Rating 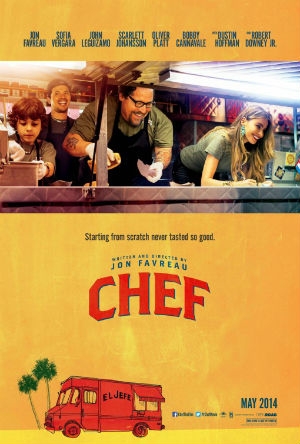 Chef Carl Casper (Jon Favreau) has lost his mojo. No, let’s just say he is on auto-pilot. When he started out his career, he was hailed as the next big thing by foodies, with his flair and originality. But now that he is established, and his restaurant is a success, he feels a bit stuck with meeting expectations, but never being allowed to shine with any creativity. When the restaurant owner (Dustin Hoffman) shackles Casper to the tried-and-true when an esteemed critic comes to the restaurant, it backfires. Chef Casper flips out (in person, then on Twitter, which goes viral), the backlash proves to be a blessing in disguise. Chef Casper needs to go back to his roots and find his passion again.

Luckily, his passion doesn’t involve hot chicks, though there are a couple of fine women that support him (Scarlett Johansson and a toned-done lovely Sofia Vergara). Chef is all about the food. Casper’s ex-wife (Vergara) encourages him to go back to Miami and buy a food truck (financed by her other ex, Robert Downey, Jr.) and take it on the road. He scoffed earlier, but now it seems just the right time. It also give Casper the opportunity to take his estranged young son Percy (Emjay Anthony) along for the ride and for some hardcore bonding over food and regional cuisine.

While watching Chef, I kept thinking that a glorified “taco truck” with a ever-evolving menu of regional grub would be the foodie dream-equivalent of a literary geek wanting to open up the perfect bookstore/coffee shop/cat-rental spa. With a staple of Cuban sandwiches, Casper’s chalkboard incorporates ever-changing local foods as he drives through Louisiana, Texas, the Southwest, to California. To make sure that the film has inter-generational appeal, his kid Percy plays a huge part of the success of the truck, as of course (as a 10-year-old), he is savvy on social media (there are a lot of Twitter graphics in the film, which will be dated in, oh, two or three years).

Chef is one of those films that fills an oft-ignored space in mainstream movies: It is a warm and inspiring adult comedy that is not only violence-free, but would entertain younger viewers. The only reason it is rated “R” is because of language–but if, as a parent, you can handle your kids hearing the occasional bomb, this film is totally appropriate for tweens and up, and may even inspire kids to put down their latest electronic device and discover the kitchen.

There are a handful of deleted scenes, and that’s it. OMG, where are the recipes!?!? 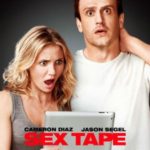 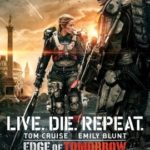