A sweet hug of a movie, C’mon C’mon feels like a tribute to selfless caretakers, telling us: Be gentle with yourself, we’ll get through this together.
By Lindaon November 23, 2021
0 Comments
Our Rating 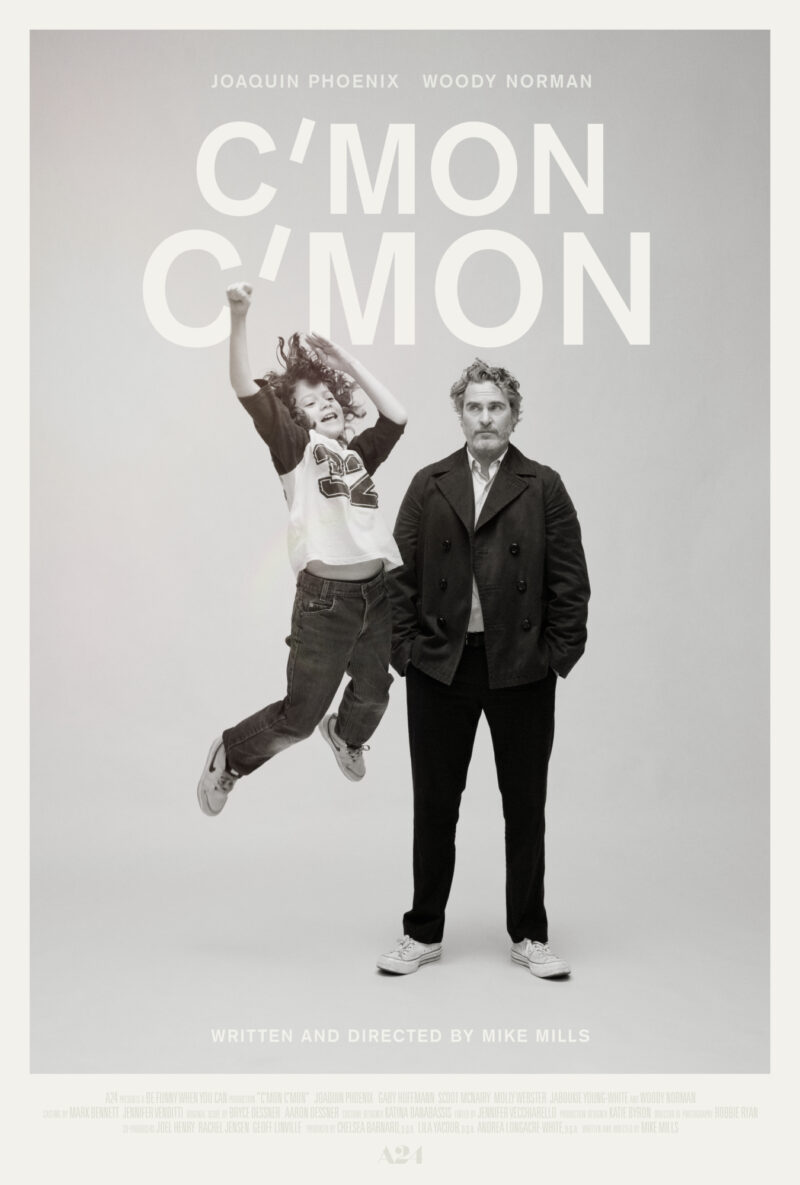 C’mon C’mon tapped right into my middle-aged self and wrung tears from me more than once. What on the surface looks like your typical “older, single, childless man is thrown into taking care of a precocious child and in turn gets a new lease on life” turns out to be much more multi-faceted, because, refreshingly, these people didn’t emerge from a vacuum.

Joaquin Phoenix, with his gorgeously tousled salt-and-pepper sensitive journalist hair and beard, is Johnny, the middle-aged guy. He works as a This American Life-ish radio storyteller, criss-crossing the country with his crew, interviewing wide-eyed and hopeful kids about their views on life and the future. (These are real kids, with their real views, and their pain combined with optimism will squeeze your heart.) Johnny, after a call to his sister Viv (Gaby Hoffman), finds himself volunteering to take care of his nephew Jesse (Woody Norman) for a weekend in L.A. while she deals with some personal matters with the kid’s dad. The weekend, of course, turns into days, then a couple weeks, and the movie simply rambles along with the twosome as they both learn to adapt to what is a new relationship for both of them. And they are very sweet together.

But what makes C’mon C’mon more complex is that it acknowledges that Johnny and Jesse being thrown together is not a thing that just happens. Jesse’s dad (Scoot McNairy) has gone off the grid because he hasn’t been taking care of his mental health, and it is up to Viv to get him help. She is the only one who can. The reason that nephew and uncle don’t really know each other is that Johnny and Viv have been estranged since the passing of their mother, an emotionally difficult situation where they both had different ideas of how to take care of her dementia. Johnny himself is somewhat emotionally shut down. When Jesse asks, “Why are you alone?” Johnny gives a non-committal jokey answer. Jesse calls him on the bullshit response with a disappointed, “Blah blah blah.”

So, when Johnny’s idyllic first few days with the kid turn more difficult (the kid wanders off, panicking his uncle; the kid had fits and uncle yells, then feels bad; the kid is hyped up at night and won’t go to bed), Viv’s advice to her brother is basically, “Deal with it. It’s hard.”

Much of this will ring so very very true in a raw, familiar way to much of the audience, whether you take care of kids, parents, friends, or loved ones, or all of the above. Gaby Hoffman’s Viv is not a saint, she admits, but you can see despite her weariness she knows that there are burdens she has to carry. It is simply who she is. There is a point where Jesse lovingly describes his mom, not in mom ways, but who she is as an adult, as someone who works, as someone who has friends, as someone who is funny. I realized how just this one moment made this woman so much more three-dimensional than how women are usually portrayed in films. Joaquin Phoenix is lovely in this surprisingly warm, weathered role for him. Completely relatable, down to a moment where his is literally driven to his knees over his life (we all can be overwhelmed), he is an everyman who is dealing with–let’s face it–not extraordinary circumstances.

It’s refreshing to see such a gentle hug of a movie during these trying times. We are all worn down, that is for sure. But we will step up when we have to, in order to get things done. C’mon C’mon, with its warm black-and-white photography, is an ode to caregivers, simply asking us to be kind to ourselves and each other. 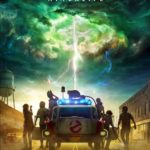 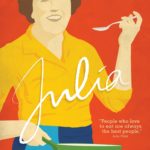