Jeff Bridges has already earned a slew of award nominations for his work in this redemption drama, but it would have been nice if the film itself had as much “for your consideration”-worthy material for the rest of its cast.
By Vickieon October 4, 2013
0 Comments
Our Rating 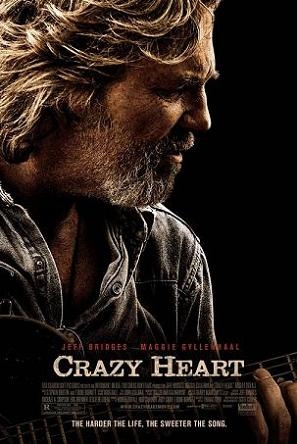 Greasy, sweaty, drunk and seeming like he’d probably reek of whiskey, cigarettes and B.O., Bad Blake (Bridges) is a once-lauded country-music star who’s so far down on his luck that hitting bottom might be considered a step up. Barely able to get through a set, he unenthusiastically plays hole-in-the-wall bars and bowling alleys in hole-in-the-wall towns, moving from drink to drink – and skanky groupie to skanky groupie – as he goes.

But a random interview with an earnest-if-green reporter named Jean (Maggie Gyllenhaal, in a somewhat two-dimensional role) gives Bad pause. For reasons known only to the writers, single-mom Jean finds herself inexplicably drawn to this much-older, train-wreck of a man. Much less inexplicably, Bad is equally attracted to this curious younger woman. And, thus, a troubled romance is born, with Bad’s substance abuse and self-destruction a constant lead weight that threatens to sink them both.

Many comparisons to other similarly themed films have arisen, from The Wrestler to Tender Mercies (Robert Duvall actually has a small supporting role here), and they’re valid. The story being told in Crazy Heart isn’t particularly new or inventive, and there aren’t many unexpected twists or plot developments to be found within it. The audience, like Jean, knows what it’s getting in Bad Blake – a fallen star who might like one more shot at glory… if it wasn’t so damned hard. But first-time director Scott Cooper, who based the film on the novel of the same name by Thomas Cobb, nonetheless crafts a solid, straightforward movie that, every now and again, plucks gently on your heartstrings.

The central relationship in the film, the one on which almost everything hangs, is, for me, its weakest link. Without any real back story for Jean, it’s a bit of a mystery why she’d fall for Bad in the first place. He’s certainly no prize – perpetually enveloped in a haze of cigarette smoke, booze and unwashed clothes, with a rather surly personality – so what gives? She’s got a stable life, a nice house… and no history beyond the fact that her son’s father is something of a deadbeat. It would have been nice to have the “why” of their romance, especially on her end, given as much attention as their “how” of struggling to make it work.

Not surprisingly, based on the accolades, Bridges turns in some excellent work, but his co-stars do get a little short-changed in his star vehicle. Gyllenhaal, while good, isn’t really given the same degree of depth to her character, and neither is Colin Farrell, who turns up as Bad’s former-protégé-turned-superstar. But, story flaws aside, the film boasts some really great music on its soundtrack (performed by the actors themselves) and is ultimately meant as a showcase for Bridges’ talents. In that regard, it totally succeeds. 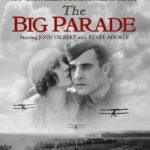 PreviousThe Big ParadeNextFrom 3D IMAX to your own home, The Wizard of Oz celebrates 75 years 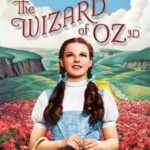