Kenneth Branagh’s latest Agatha Christie adaptation conjures the glamour of old Hollywood, taking its own sweet time to set up the mystery of a wedding party gone very wrong. 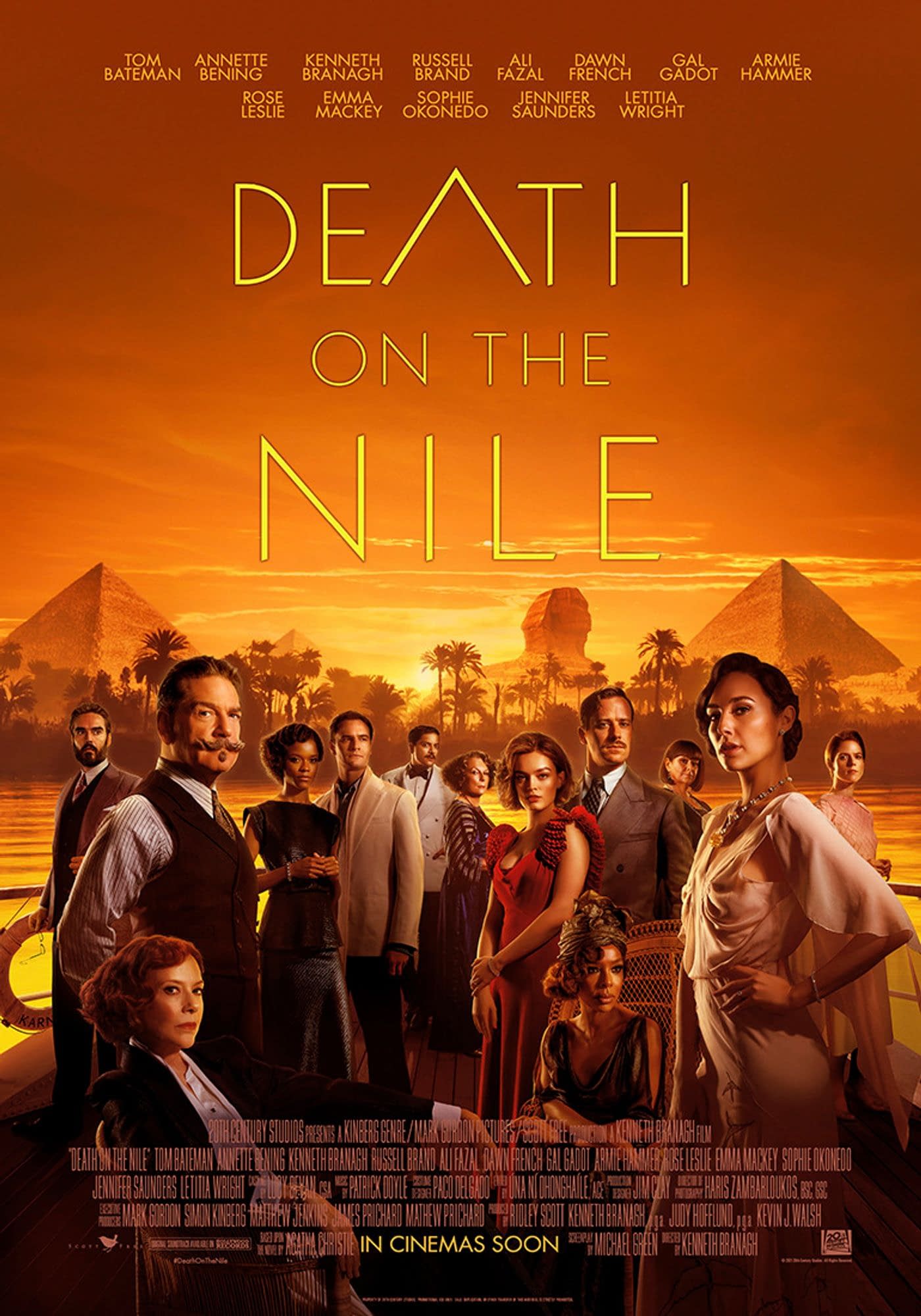 Despite its gorgeous cast and intriguing trailer, I wasn’t chomping at the bit to see Kenneth Branagh’s latest Agatha Christie adaptation. I agreed with Moviepie’s Vickie that 2017’s Murder on the Orient Express was a snoozefest that managed to waste an amazing cast of actors, seemingly so Branagh himself could chew scenes with his cartoony Belgian accent and ridiculous moustache as the world’s best detective, Hercule Poirot.

But surprisingly, I found myself enjoying the lush, languid, gorgeously-shot mystery Death on the Nile. There’s an old-fashioned quality to the film–a sort of reverence for the material–where Branagh treads lightly with subtle but welcome changes (like a more diverse cast) while giving a deep bow of respect to Christie’s twisty whodunit style of storytelling.

Detective Poirot (Branagh) finds himself in Egypt, getting jovially pulled into a wedding party of the filthy rich and beautiful Linnet Ridgeway (Gal Gadot) to the handsome playboy Simon Doyle (Armie Hammer). On a paddleboat down the Nile, they’ve gathered their closest, the usual dozen or so folks that all have a backstory of grievances in their relationships to the bride or groom. Giving the happy couple an extra dose of paranoia, they are being stalked by Simon’s very-recent-ex Jacqueline de Bellefort (Emma Mackey) who keeps showing up like a creeper, determined that Simon still loves her. But Linnet isn’t just worried about Jacqueline… being so rich, she feels that she can trust no one, even those at her own party, like free-spirited Bouc (Tom Bateman) and his mother Euphemia (Annette Bening), Linnet’s ex Dr. Bessner (Russell Brand), or even her maid Louise (Rose Leslie). Throw in half a dozen more folks, and you have many suspects when one person (then another… then another…) turns up dead.

Taking place in 1937, the film is bedecked in gorgeous costumes and more than a little of-the-era atmosphere, some of it surprisingly fresh. Rather than resorting to the usual pre-war tropes, an early sequence takes place in a London club where American singer Salome (Sophie Okonedo) belts out sweat-drenched, sexy blues. The camera sets the tone as Simon first dances with his love Jacqueline before being introduced to Linnet, who literally lights up the room like a silver-draped goddess. Simon’s dancing with the two women goes way beyond anything in Dirty Dancing. Historically accurate? Who knows, but hot? Most definitely, yes!

Much of the whodunit part takes place as the riverboat is parked in front of Egypt’s temples of Abu Simbel, making for a stunning backdrop. Sure, the snapping alligators are kind of metaphorically overdone, as are the shots of the locals fishing at dawn from their small boats, but it sets the tone of isolation for these tourists. As Poirot finally corners everyone in one room and shuts the door, accusing one after another of being “zee MUR-der-urrrr,” you feel their true isolation. It’s not like someone can leap over the railing and swim to town for a quick escape.

I’m guessing Moviepie folks weren’t the only ones bored to sleep by Orient Express, so Branagh seems to have listened to critics. His Poirot (given a World War I prologue to his heartbreaking past) is more human this time around. His sparks with Salome are real and sweet, and this time the mystery hits him personally. Some characters are given the short shrift as usual (but as a viewer, you just assume that the least interesting people are most likely not the murderer). Instead, with the languid pace, he invests a little more into the characters–at least the ones that make a difference in the plot.

Death on the Nile is definitely a better film than Murder on the Orient Express. I get the feeling that, considering Christie’s extensive bibliography, Branagh is probably not yet done with his passion for the source material. If his films continue to get better, I’ll keep watching his Hercule Poirot.