Though I don’t consider the Divergent YA book series by Veronica Roth to be as good as, say, The Hunger Games (the comparisons are unavoidable), I can say that fans of the book should be happy with this adaptation.
By Lindaon August 6, 2014
0 Comments
Our Rating 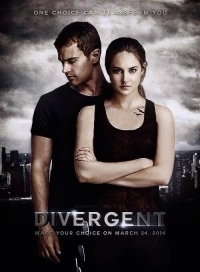 Setting: Dystopian Chicago—the buildings are decrepit, the water of the lake and the Chicago River seems to have retreated, and there is a tall electric wall built around the city. At some point since war basically destroyed the former way of life, it was decided that in order to live in peace and order, people should be divided into five factions, based on their strongest traits. Those in Candor tell the truth, so they deal with law. Amity are the peaceful farmers. Erudite are the intellectuals. Teens are subjected to a test, where their true faction is revealed, though they can choose a different one. Tris (Shailene Woodley) was raised in the selfless, caregiving Abnegation, but after an inconclusive test, decides on Dauntless, the physical, brave, boisterous, kind of violent protectors of the city. The thing is, having inconclusive traits is a bad thing. This society wants everyone to fit neatly into a box. Those that diverge from the conformity of the faction order could cause trouble. And if you get kicked out of a faction, you are factionless, the scum and dregs of society.

The story (like the book) serves as the introduction to the trilogy. As mild-mannered Tris quickly learns to be a fighter (both mentally, and—quite brutally—physically), she starts to sense cracks in the system. She knows that she must keep it a deep, dark secret that she is divergent, but at the same time she knows that she can’t be the only one. When Tris gets wind that the leader of Erudite, Jeanine Matthews (Kate Winslet, who is smokin’ hot when she plays evil), is taking an interest in wresting leadership from Abnegation while weeding out the divergent, you know things have the potential to go very wrong.

Though I don’t consider the Divergent YA book series by Veronica Roth to be as good as, say, The Hunger Games (the comparisons are unavoidable), I can say that fans of the book should be happy with this adaptation. Shailene Woodley had established her acting cred before being cast (in particular, she caused a buzz as George Clooney’s daughter in The Descendants), so putting someone of her talent in the lead role was a good move. Many supporting characters kind of blur together (for instance, Al and Will look an awful lot alike in the film, which is too bad), but I will say it was nice to see Ashley Judd again (as Tris’ mom). She gets easily the most moving scene.

Before this film, Theo James was mainly know as Mr. Pahmuk, the Turk who died in Lady Mary’s bed in Downton Abbey. As Four, Tris’ Dauntless mentor, trainer, and of course love interest, James is a bit too old (in the book, he was in his late teens). But there is a nice chemistry between him and Woodley, plus the film actually takes its time letting the interest between the two brew.

James’ days of anonymity are numbered, however. I’m pretty confident that this film will shove the pretty actor into much wider fame, as evidenced by my non-teen lady friend who audibly swooned whenever he was on screen. The biggest trick to casting a popular female-led young adult series such as Divergent is to hire someone dynamic enough to be the love interest, but also hot enough to make the audience come back for more. I’m pretty sure the filmmakers have scored on that point. 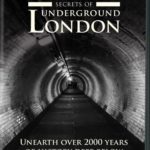