Don’t You Forget About Me: Contemporary Writers on the Films of John Hughes

In showing us ourselves, John Hughes gave us permission to be ourselves. 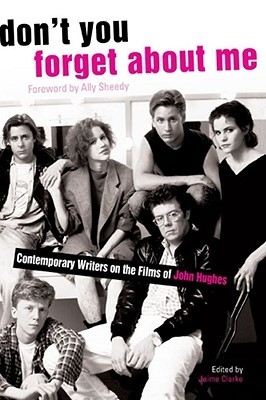 Moviepie slices: 7 out of 8

If I could have created my own major in college, there’s no question as to what it would have been: the films of John Hughes. It’s a topic I find endlessly fascinating, and I could easily devote my entire life to its study. At the time, I was working part time at an independent video store, and I played at least one John Hughes movie during every shift. They made for the best background noise, and I could tell the customers agreed.

People would go soft as soon as they recognized what was playing. They’d stop browsing and stand in a nostalgic reverie, and, inevitably, they’d tell the nearest person their favorite Hughes movie memory. I had always felt that these movies reflected my life, but I was learning firsthand that John Hughes had somehow managed to capture the human experience. As much as I loved the characters, the stories, the one-liners, the romance, the heartache, and the soundtracks, this was the essence of my fascination. How had he done it? I wanted to take the movies apart and see what made them work, just as you would take the back off a watch to see what made it tick.

I had no real avenue to pursue this academically, but I didn’t let this stop me. I decided to write my own John Hughes story for Short Story Writing 384. It was about this girl (okay, me) who always wanted her life to be *like* a John Hughes movie without ever realizing that it *was* a John Hughes movie. Specifically, she (I) wanted to be like Andie in Pretty in Pink – with a quirky best friend, a strong sense of self, and an awesome job. She (I) wanted special moments to be punctuated by OMD and Suzanne Vega songs. Eventually, she (I) would realize that she already had these things: she (I) was Andie.

Sadly, I chose to undertake this profound and deeply personal journey while studying under the amazing Charles D’Ambrosio, a brilliant, brilliant man whose genius easily rivals that of John Hughes, but in entirely different ways. Just check out The Dead Fish Museum or The Point if you don’t believe me. If ever I needed to dig deep and seize the moment, it was then, but did I realize it? Nope. I turned in a Hughes knock-off to a man who admires Scorsese and Sam Shepard. Geez.

For his part, Charlie was very kind. I believe he wrote “Good stuff…for what it is.” on top of my story, but during our conference, the first thing out of his mouth wasn’t, “Gosh this is insightful, how did you think of it?!” it was, “Did you actually type this on a typewriter?!” and indeed I had. Notice that it was the typewriter quirk that caught his eye – not my efforts to be someone I am not.

Reading the new essay collection Don’t You Forget About Me (with a foreword by Ally Sheedy!), I quickly learned that I wasn’t alone in my attempt to emulate Hughes and his characters. Countless fans have been shaped by his movies. Just about everyone who contributed to the book has a story about how they tried to be like their favorite John Hughes character, only to realize that they were (and still are) a John Hughes character. Looking at these films from an adult perspective, I see that in showing us ourselves, he gave us permission to be ourselves. It just took some of us longer than others to figure this out.