Part of the fun of the 1973 TV movie Don’t Be Afraid of the Dark is reading about how it completely traumatized a generation of children.
By Lindaon February 24, 2014
0 Comments
Our Rating 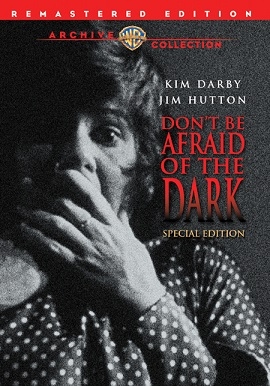 If you read the comments on IMDB for this film, you’d think it was the scariest movie ever made. Well, I wouldn’t go that far, but if you are already the type that doesn’t like to peek under their bed, then this is NOT the movie for you.

Kim Darby (the spunky heroine of True Grit) plays Sally, a young woman who, with her husband Alex (Jim Hutton, Timothy’s dad), has inherited grandma’s gorgeous but spooky mansion. The place needs a lot of fixing up, and has a few quirks—like that den down the basement stairs with a fireplace that has been completely bricked shut. The old carpenter Mr. Harris (William Demarest) warns them to just leave the fireplace alone… it is best to just leave it be. No. Really. Don’t try to break through the bricks, or unbolt that door to the ash disposal chute. But of course they do. OF COURSE THEY DO.

Next thing you know, weird distorted voices start crowing from the chimney chute, “We’re free! We’re freeeeeee!” (which you just know is bad news). Poor Sally starts to see things move, and feels the sensation of a little animal-like critter grab her clothes when she walks down the stairs. Alex, being an ass-hat, of course thinks she’s crazy, and he’s just concerned that Sally puts on a good show when all the business partners and wives come over for schmoozing. There’s a great moment at the dinner party where the gremlins pull Sally’s napkin off her lap not once, but twice, and the second time when they reveal their shrunken-apple heads under the table, she completely (and rightly so) flips out in front of the guests. “Sallllyyyyyy… we want your soooouuuulllllll…..”

The house gremlins (who are afraid of the light) are actually not exposed for the first half hour of this relatively short (74 minute) movie. You may see a gnarled little paw, or shrunken heads peeking from behind books, but the darkness helps the creepiness. Also, since this is pre-CGI, these gremlin-y little guys are played by real actors in little furry suits and masks, so their movements are entirely real.

With a movie like this, it is just a matter of time until the gremlins come for Sally for real. If I saw this as a kid, yes, I would have been freaked out. As an adult, I’m with the person on the IMDB who still thinks twice about lying on their bed with one arm hanging draped off the side. So before I turn off the lights tonight, I’m just going to double-check to make sure my G-D flashlight is working! 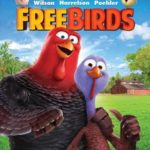 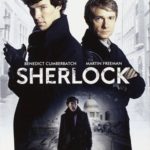