The Great War muscles its way into the ordered world of Downton Abbey, and things will never be the same.
By Lindaon January 4, 2013
0 Comments
Our Rating 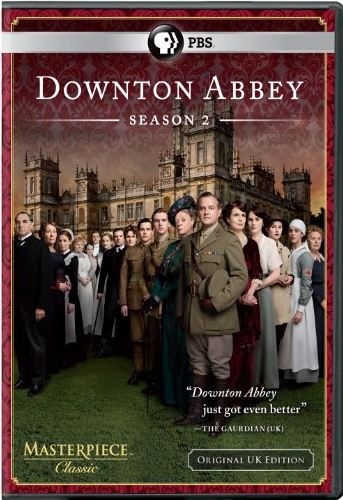 It has been great fun to watch friends and family become obsessed with Downton Abbey. When was the last time we all enjoyed such a guilty pleasure TV show masquerading as highbrow entertainment? PBS has gold on their hands as long as the Brits keep churning out deliciously short, yet jam-packed seasons of this juicy upstairs/downstairs period soap.

Season One opened with the get-your-bearings-in-history headline zinger of the sinking of the Titanic (which set in forth the summoning of fifth cousin 7 times removed Matthew Crawley as the reluctant—and common—heir apparent to Downton Abbey after the Earl of Grantham), and ended with the announcement of World War I. Now that The Great War has begun, and the men of the Abbey, both the lords and the servants, are stepping forward (or not) to do their part. The Earl of Grantham (Hugh Bonneville) parades around in his uniform all day, feeling useless as he is too old to go to battle. Some of the male servants see it as their chance to get out of their roles. And some, well, some don’t really want to fight at all, and conveniently find some ways to get out of it.

In the meantime, brassy Mrs. Crawley steps on the toes of Lady Cora and the Dowager Countess (Maggie Smith, still killing all of her lines like no other) by volunteering the massive family home as a recovery hospital for the brave men (well, officers at least) returning home from the war. The uppity get flustered, and some of the lowly folks get a little too comfortable, and, well, things are tense, to say the least.

In the meantime, you have, oh, I don’t know, a dozen couples sizzling with will-they-or-won’t-they tension. Matthew and Lady Mary still have all sorts of unfinished business, even as they are paired off with others. Beautiful young Lady Sybil finds her calling as a war nurse, and finds some unexpected attention from a potential suitor. And even dowdy middle sister Lady Edith gets to kick up her heels a bit and find some soul and purpose in Season Two. Oh, and just as much goes on downstairs, especially with the sweet, so-close-yet-so-far couple of Mr. Bates and Anna, the lady’s maid. Oh, and O’Brien and Thomas? They still get to play wicked, but both show glimmers of humanity in surprising places. But don’t throw them under the bus yet, they are still nasty enough to keep around for sure.

Above all, Downton Abbey continues doing what it does best: be an almost over-the-top soap opera that happens to wear period costumes. There are a few plot twists and abrupt deaths that actually had me snort with their convenience, but fans wouldn’t have it any other way. If you get your hands on Season Two, you will do just as you did for the first season: Watch all episodes back-to-back in one sitting. You just can’t help it.

There were murmurs and curiosity about whether the stand-alone, post-Season-Two Christmas episode would be included, and it is! Yay! Among the featurettes that fans will eat up are “Fashion and Uniforms” (costume designer Susannah Buxton takes us through the styles and etiquette of the WWI era), “House to Hospital” (talking about the change in Downton Abbey on the show, as well as historical perspective on how similar houses offered services in the war), and “Romance in a Time of War” (yes, all the gossip about all the pairings on the show… you know you love it!). 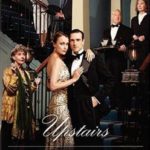