Though the episodes are excellent, the most exciting thing about this set would have to be the extra features.
By Jenniferon March 16, 2014
0 Comments
Our Rating 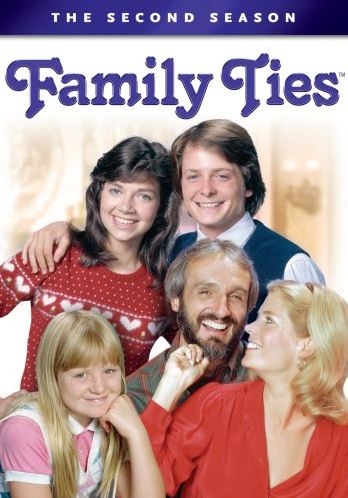 If you’ve seen Season One of Family Ties, you’ll be happy to pick up where you left off with the Keaton family. Season Two finds Alex taking speed supplied by Mallory (OMG!), alcoholic Uncle Ned (Tom Hanks) applying for a job at Steven’s station, and Jennifer taking stock of her life as she awaits a tonsillectomy. Elise tackles a job outside the home, Mallory struggles with the question of premarital sex, and Skippy goes into a tailspin when he discovers he’s adopted.

It’s your basic sitcom fare, but Family Ties holds up better than most shows, and manages to stay relevant by tackling issues that families still face today. Notable guest stars include Judith Light, Tracy Nelson, Jami Gertz, Daphne Zuniga, and Crispin Glover—Michael J. Fox’s Back to the Future co-star! It’s always fun to go back to these old shows and pick out all the before-they-were-famous faces.

Though the episodes are excellent, the most exciting thing about this set would have to be the extra features. While Season 1 is a bare bones affair, Season 2 boasts Michael J. Fox’s PSA for Parkinson’s disease, and a smorgasbord of cast interviews from 1983 as well as the present. The show’s creator, Gary David Goldberg discusses the process of casting the show and taping before a live studio audience, and Michael J. Fox talks about “The Best Gig in the World”. As sad as it is to see him in his current state, it’s still nice to hear from him. Michael Gross returns to discuss “The Year Of The Beard”, and Marc Price (Skippy) and Tina Yothers drop by as well. Only Meredith Baxter-Birney and Justine Bateman are conspicuously absent.

For extra fun, click on “Episode with Promo” as you make your episode selections—you’ll get the original NBC ad for that show! How’s that for a walk down memory lane? Oh, and the sweater Mallory’s wearing on the cover of the DVD box? The red one with the row of white hearts? I want it. I haven’t found a way to go back to the 80’s yet, but this gets you pretty darn close.