There’s quite an interesting feminist subplot under all the dancing and Laura Branigan music.
By Jenniferon February 4, 2013
0 Comments
Our Rating 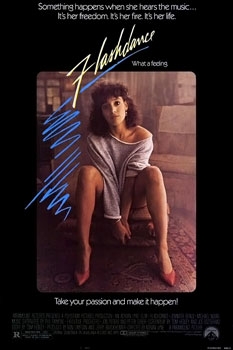 True Confession: I love the 80s in a way that could be described as sick, but hadn’t see Flashdance until this year.

I know! It makes me want to gasp in horror too! In my own defense, I will say that I own the soundtrack and the leg warmers, and I was only 6 years old when the movie came out. No one said I couldn’t watch it, but it looked so racy and gritty to my child eyes.

Twenty-two years after its release, I decided I was probably old enough to handle it. As soon as the familiar music started and I saw the names in the opening credits, I knew I was in business. It was produced by Don Simpson and Jerry Bruckheimer (my boys!), written by Joe Eszterhas (Jagged Edge, Basic Instinct, Showgirls), directed by Adrian Lyne (Fatal Attraction, Unfaithful), and Giorgio Moroder worked on the score! Mr. Moroder is my new hero thanks to his brilliant work on the Scarface soundtrack, not to mention Flashdance and Top Gun. I had no idea such big names were attached to this movie!

Then there’s Jennifer Beals as Alex, who’s cute as a button and tough as nails. She lives in a crazy-looking warehouse with her pit bull, who I swear is named Grunt. She supports herself by working as a welder by day and a flashdancer by night, but her real dream is to get into a prestigious dance academy. All this, and she’s only eighteen. Where does she get the energy?

Her boss (Michael Nouri) takes a shine to her, but at first she’s having none of it. Slowly he wins her over, and they go on a hilarious date. She wears shirt cuffs and a sleeveless, backless top made to look like a man’s shirt and bow tie. She orders up some lobster, and eats it in provocative fashion while peering at Nick with her big doe eyes. It’s all supposed to be very sexy, but it reminded me horribly of Daryl Hannah in the restaurant scene in Splash, where she eats her sea food like some sort of wild carnivorous sea creature. Hmm, not quite the effect they wanted, I don’t think.

The lovebirds soon realize they have a great deal in common, and Nick sees himself in young Alex. He too had a dream, and fought until he made it come true. He wants Alex to have the same opportunity, so makes one tiny phone call to the dance academy to secure her an audition. The rest is up to her.

Of course Alex is furious when she discovers Nick had a hand in getting her the audition. She wants to do everything herself, but can’t deny that she may not have gotten her foot in the door without him. She’s watched her best friend compromise her dream of becoming an ice skater, and realizes that if she seizes this opportunity, she may not have to squander her life in sleazy clubs. There’s quite an interesting feminist subplot under all the dancing and Laura Branigan music.

My expectations weren’t very high when I popped Flashdance into the VCR late one Friday night. I was battling an incurable sinus headache and steadily losing my will to live, but by the end of the movie, I was ready to break out my leg warmers, rip the shoulder of my sweatshirt, and dance around the room like a maniac, maniac, on the floor. Serious people are always complaining about soundtrack-driven movies, but I think they’re overlooking the thrill one gets when the music and plot coming together in just the right way. These movies stick with you for years, and this one makes you want to follow Irene Cara’s advice and, “take your passion, make it happen.” What a feeling indeed.

The funny thing about Flashdance, is that it is really not a very good movie. But was I excited to revisit it? Heck, yes! The Special Collector’s Edition is chock full of everything… but Jennifer Beals. Anyone who has seen her lately on The L-Word knows that she is doing just fine, and is probably relieved to have a new role to distance her from her iconic ripped-sweatshirt, lobster-eatin’ flashdancer. The various featurettes include just about everyone else, from Michael Nouri to director Adrian Lyne to even über-producer Jerry Bruckheimer (thanks for stopping by, Jer!). Learn about the look, the music, the “phenomenon” of Flashdance, among other topics. Most fun is, unsurprisingly a discussion of the choreography. Everyone knows that Beals had a dance double. But did you know that in the climactic routine in front of the dance-school judges that there were actually four different people playing Alex? And one of them was a GUY? He was a breakdancer (note the spin-on-the-back moment) and was forced to don a leotard and wig, but refused to shave his moustache. If that doesn’t make you want to re-watch that moment frame-by-frame, I don’t know what does! Oh, and the Special Collector’s Edition comes with an extra disc, a CD of 6 songs from the soundtrack, including, of course, Irene Cara’s exuberant “Flashdance… What A Feeling”. This is a little curious, condensing the soundtrack to just six songs. Perhaps it is to save us the pain of having to listen to the sucky space-filler on the original soundtrack CD?

You can also buy Flashdance as part of the I Love the 80’s collection of DVDs that Paramount has released (with the only thing in common that they were released in the 80s). Spring for the Special Collector’s Edition instead. The only extra on the I Love the 80’s edition is a CD that includes the random 80s hits “Lips Like Sugar” by Echo and the Bunnymen, “Chains of Love” by Erasure, “Need You Tonight” by INXS, and “Take On Me” by a-ha—all which, conveniently enough, have nothing to do with Flashdance. 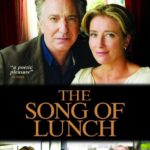 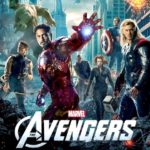