For a guy who can shoot a guy in the neck on a bullet train from 2 kilometers away, Will Smith’s government assassin Henry seems to be the last guy to figure out he is being chased by his own clone. I mean, the whole audience knows this going in to the movie, and despite Henry’s laser-like focus and accuracy as a sniper, he goes through at least a couple action sequences with “Junior” (Will Smith de-aged to 20-something) without noticing something familiar about the younger assassin.

This is just one of the head-scratching kinda dumb things about Gemini Man. 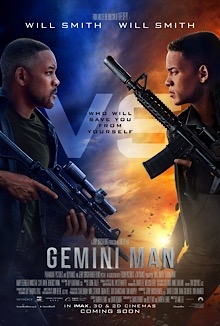 For a movie with so much talent in front of and behind the camera, it is hard to not get frustrated when you see potential for an exciting sci-fi action movie just go straight down the toilet. You have director Ang Lee, who attempts to inject some gravitas and drama into the film while noodling away with the latest special effects toys (unfortunately distracting himself in the process). You have still-charismatic Smith, who admits his age in the film as real-life 51, struggling to keep his head afloat as an action star. And by struggling, I mean he is still as fit and ripped and charming as Tom Cruise (not an insult, in this case). And as his sidekicks (other than his younger self) you have supporting turns by Mary Elizabeth Winstead (holding her own in the action and the smarts as a CIA operative) and the always-welcome Benedict Wong as Henry’s old combat buddy.

But then you have Clive Owen, who years ago was a favorite as a new James Bond, relegated to a government-agent-gone-wrong baddie, reduced to chewing his lines in a flat American accent (why oh why would you waste such a classy British accent?!?). See, Clayton Varris (Owen) another old combat buddy of Henry’s, decided in the 90s to clone his pal because he was the perfect soldier. “Junior” was raised by Clayton to be the perfect assassin. But if you can be outsmarted by anyone, you can be outsmarted by yourself with a little experience under your belt.

The sci-fi ideas behind Gemini Man are certainly intriguing, but the delivery just falls flat. Action scenes never truly take off, despite an impressive move where Junior wields a motorbike like a roundhouse kick to Henry’s neck. Between these frenetic moments, Ang Lee tries to inject some soul-searching drama, but it ends up causing the story to screech to a halt. Then throw in the absolutely cartoonish government agents who are after Henry, and, well, you just can’t help but think how it could have and should have been so much better.

Oh, and the de-aging? Let’s just say we aren’t quite there yet. Smith does his best to make Junior a fully realized character, with lots of squinting, grimacing, and welling-up eyes. But I found myself staring at the character’s eyeball or lip or ear while he talked… because it still just isn’t quite right. Sorry, Will, what were you saying? I was just staring at your dead eye and didn’t hear you. So don’t worry, Will Smith. As long as you continue playing roles your age, you won’t be usurped by your own CGI clone for now… at least in Hollywood. 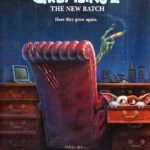 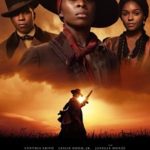