Gift Guide: Box sets and more for everyone on your list

Are you still stumped about what to give the movie fan in your life? Here, take a deep breath, and let us take you gently by the hand. Here are some ideas….

For the hardcore movie fan, you really can’t get any more hardcore than The Story of Film: An Odyssey.

Fans of the classics are sure to be drooling over Alfred Hitchcock: The Masterpiece Collection (Limited Edition)

which is now available on Blu-ray. Though it may not be his entire repertoire, there are still 15 of his iconic classics here, including Psycho, The Birds, Rear Window, Vertigo, and North by Northwest. You can also pick up separately my favorite new old movie (that I saw for the first time this year), Hitchcock’s amazing Strangers on a Train

Surely you know someone that has been buzzing about a certain shaken, and not stirred box set that has been flying off the shelves this season. Is it Sean Connery? Roger Moore? Daniel Craig? It doesn’t matter who your favorite Bond is when you can take home ALL of them. Holy smokes, it’s true: Bond 50: The Complete 22 Film Collection

has ALL 22 movies on Blu-ray, and you can sleep with the included glossy book under your pillow. Bond 50 quickly became the worldwide bestselling Blu-ray box set of 2012, and it is not hard to see why!

For the PBS fan (see also Downton Abbey obsessives, who get their own Gift Guide), you can’t go wrong with the latest Ken Burns documentary epic The Dust Bowl

which seems jarringly relevant to tough times today. Except at least these days the earth isn’t trying to suffocate us, or isn’t literally blowing away. 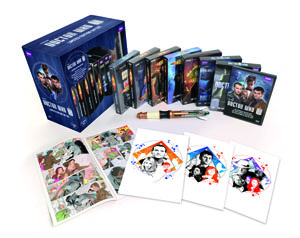 Sci-fi geeks will most likely wet themselves over the Doctor Who: Limited Edition Gift Set

that is so hot that you may just have to clutch your Sonic Screwdriver and wait until it gets back in stock after the holidays (don’t pretend… we all know you are buying this one for yourself!). Featuring all of the new Doctors (Christopher Eccleston, David Tennant, and Matt Smith), 70 hours of the Doctor (plus extras), 3 original art cards, the comic book, “Doctor Who at Comic Con” and, yes, a collectible 11th Doctor Sonic Screwdriver! The BBC Shop has the collection on pre-order for 1/15/2103. Feel free to obsessively refresh the link.

For the sci-fi geek who cried a little at the price of the cool 25th anniversary “briefcase” Blu-ray set of Blade Runner that was released a few years back, they can now quit wringing their hands and cry in happiness when they get their hands on the more affordable Blade Runner 30th Anniversary Collector’s Edition.

It is a 4-Disc Blu-ray / DVD +Book + UltraViolet Digital Copy Combo Pack, which includes (among the many versions of the film), Ridley Scott’s 2007 version The Final Cut and the toy Spinner car to play with.

Speaking of film-lovers, Quentin Tarantino is famously a film fan that became a filmmaker. With his Django Unchained hitting theaters this season, you may want to catch up on his movies that are as original as they are loving odes to his favorite pulp fiction genres. The Tarantino XX: 8-Film Collection

includes eight films chosen by Tarantino to illustrate the first 20 years of his career, plus a couple discs full of 5-hours of extras.

Finally, if you know someone, well, a little (or a LOT) less highbrow, it is hard not to get a kick out of Harold & Kumar – Ultimate Collector’s Edition.

This “box” set of all three of their movies is actually not a box at all, but silver faux-lighter, where you flip the top open (aw, yeah!) to get to your stash. In addition to the three Harold and Kumar movies, it also includes a White Castle coaster set, and scented air fresheners of some of the stoners’ favorite themes. All it is missing is a Wafflebot! “In NPH we trust!” 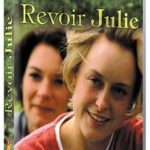