Hanover Street grabbed me by the lapels, and used every plot device imaginable to manipulate my emotions. I loved it.
By Jenniferon September 8, 2013
0 Comments
Our Rating 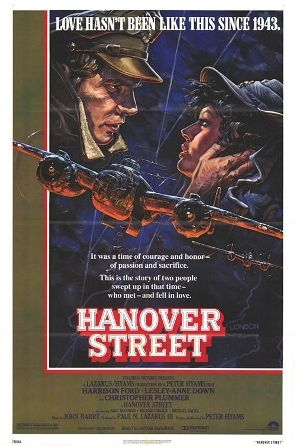 Hanover Street was recommended to me by the same co-worker who told me to watch 3 Days of the Condor. I cannot believe she felt the need to qualify the recommendation by saying that the movie was a little cheesier than she remembered. Cheesy?! I think not. Hanover Street grabbed me by the lapels, and used every plot device imaginable to manipulate my emotions. I loved it.

Set in London during World War II, our story begins when Margaret Sellinger (Lesley-Anne Down) and David Halloran (Harrison Ford) meet by chance while trying to cut in line for the bus. Bound by their curious sense of humor, the two go out for tea, and enjoy a rather awkward, but intriguing afternoon. Though Margaret is contentedly married, she and Halloran are drawn together like magnets, and it’s not long before they’re involved in a full blown affair. Margaret married when she was eighteen, and feels she never had much excitement in her life. In Margaret, Halloran (a fighter pilot) finds a reason to live. For the first time, he fears that he won’t return from one of his missions, because he’s truly in love.

This is all quite romantic, except that Margaret has a lovely little family at home. Her husband Paul (Christopher Plummer) is an Intelligence agent, and her daughter Sarah is played by Patsy Kensit (future infamous rock-n-roll wife and star of Lethal Weapon 2). The three of them share a playfully dark sense of humor, and lead an all-around wholesome life. Little Sarah has just about the coolest bedroom a girl could want, complete with an actual hutch for her doll dishes. Lucky!

We watch as Paul and Sarah exchange witty banter, and Paul professes his eternal love to his family. He promises he will love Margaret, “Even when I’m 80. Even if I have to take my false teeth out of a glass and put them in my mouth just to kiss her.” Aw! This causes Margaret to drop the teapot she’s holding, but does not move her to end the affair.

Without actually finding out about Margaret’s infidelity, Paul begins to feel that something is wrong. He blames himself for not being more exciting, and decides to go on a dangerous undercover mission that will take him to the heart of Nazi territory. He makes a rather shaky call to his wife, just to hear her voice, and apologizes for not being more dashing. When she comes home that night, he is gone. No, Paul, no! I think you’re dashing, don’t go!

But Paul does go, even though he’s far more suited to diplomatic affairs than fieldwork, and his pilot is none other than Halloran. Can you believe it?! Then their plane gets shot, and they are the only survivors! Can you believe it?! They parachute to safety, but Paul lands badly on his ankle, and isn’t really equipped to function in the woods. Halloran begrudging agrees to help him with his mission, and is forever mumbling, “we’re going to get our asses shot off,” in classic Harrison Ford fashion.

Somehow the two men complete the mission, despite dire peril. They develop an unlikely friendship, and on the journey back, they discuss the loves of their life. You just about want to throw up, because you know that they don’t know they’re talking about the same woman.

I won’t tell you how it ends, or if both men make it home, but I will say that there is a scene missing. You’ll know what I mean when you watch Hanover Street, because by all means we need to see Margaret go into that hospital room and tend to her guy. How could they leave that out?! It is, however, a minor complaint against a movie chock full of romance, adventure, and the most endearingly vulnerable version of Christopher Plummer you could hope for. 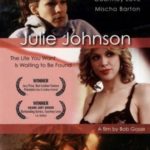