I’m not sure whether it’s a good sign or a bad one that each of the three films I saw today made me cry. (Yes, I know, it’s to be expected at Hot Docs — these docs are frequently poignant.) The subject matter of the films was diverse, but the (unintentional) unifying theme of my screening selections seemed to be the determination of the human spirit. 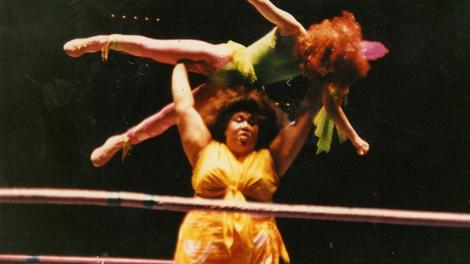 If you’ve ever wanted to know what it looks like to have your forearm completely separate from your upper arm without breaking any skin, you should hustle your bums to see GLOW: The Story of the Gorgeous Ladies of Wrestling (6/8), director Brett Whitcomb’s colorful and affectionate “what ever happened to?” film about the stars of the 1980s series. In its hey-day, GLOW was a campy women’s-wrestling show watched by millions around the world, with a cast of buxom (and, sometimes, burly) babes, bedecked in outrageous costumes, divided into the “good girls” and “bad girls,” who fought each other in the ring by day but were best buds once the cameras stopped rolling at night. The doc catches up with the women, who went their separate ways after the show’s unexpected and abrupt cancellation. Some are doing well; others, like the lovable Mount Fiji, whose story provides much of the emotional heart of the film, are struggling. Some of the archival footage will remain seared into your mind, either because it’s ridiculous or gruesome (like the aforementioned in-ring injury, shown in all its shudder-inducing glory), and so will the memory of the powerful bond of sisterhood that these awesome ladies were lucky enough to share. 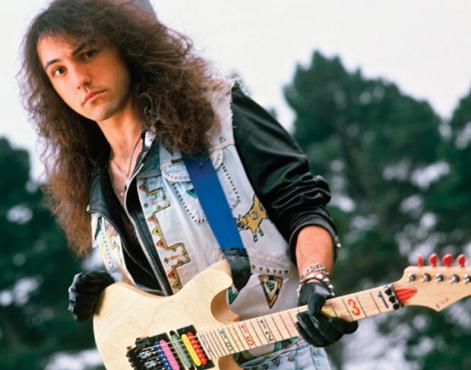 If you’ve never heard of Jason Becker, don’t worry: you will. A guitar virtuoso in his early teens, and a breathtakingly gifted musician on the brink of rock superstardom, his career was cut short when he was diagnosed with ALS in 1991, at the age of 21. Director Jesse Vile’s rich and inspiring documentary, Jason Becker: Not Dead Yet (7/8), is a before-and-after look at what happens when a brilliant mind – not to mention, its accompanying resilient spirit – refuses to just lie down and die. Interviews with Becker’s friends, family members and fellow rockers create a moving portrait of a young man struck down in his prime, who played the cards he was dealt and then found a way to continue doing (to this day) what he loves most: making music. And, as director Vile said in his pre-film greeting to the audience: even if you don’t like the movie, the music in it is fantastic. 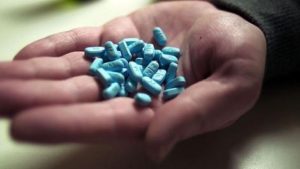 If you’ve ever taken a pill, you’re part of the big-pharma machine at the heart of Off Label (4/8), a somewhat disjointed and disappointing documentary about… well, I’m not entirely sure. And that was my big problem with the film – without program notes, it would (I think) be quite difficult for the average viewer to discern what its subject matter actually is. Directors Michael Palmieri and Donal Mosher present us with assorted Americans who are all somehow related to the ingestion or testing of drugs by drug companies. Some are taking meds under doctors’ orders, some are eager test subjects who trade their bodies for cash payouts, and a couple appear to be victims of a seriously flawed system that pushes pills as a cure-all solution to whatever ails you. But there is no narration, no onscreen information or statistics… just interviews and personal stories that don’t actually have any clear, concrete link between them. A couple of the “characters” (as the directors, perhaps mistakenly, called them) are very compelling – a mother who lost her son to the side effects of his psychiatric medication, and an ex-con who was subjected to in-prison medical testing in the 1960s and now has a deformed, toxin-ridden body to show for it – but the rest kind of left me with an “and… so… then what?” reaction. During the post-film Q&A, Palmieri and Mosher explained that they never set out to create an Issue Film. In that regard, mission accomplished, I suppose. But what they did create doesn’t exactly work, either.