First day of official Hot Docs film-going and I am hobbled by a foot injury! Good times. The doctor says I need to take it easy for a couple of days, so I’ll be heading to fewer screenings over the weekend in the hopes of helping my troublesome tendons to heal. I did manage to make it out to a pair of films today, though. 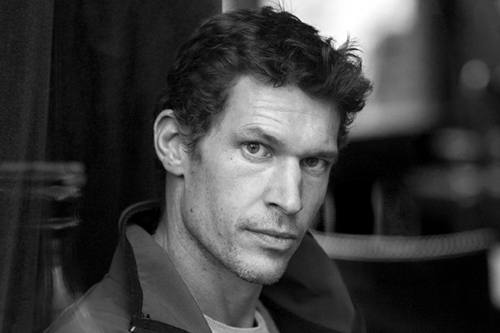 Director (and author) Sebastian Junger crafts a moving and insightful portrait of his late friend and colleague in Which Way is the Front Line From Here?: The Life and Time of Tim Hetherington (6/8). The tall, rugged and amiable Hetherington, a noted combat photojournalist and Junger’s co-director on the Oscar-nominated documentary Restropo, was killed by shrapnel in 2011 while covering the conflict in Libya, and the film is a look back at his life, career and stirring portraiture. Interviews with Hetherington’s friends and family provide a behind-the-lens glimpse of the world traveler known for his ability to connect with his subjects in even the most dire or dramatic of circumstances, and the doc works as both an elegy to a fallen brother and a subtle “how to create great images” lesson for aspiring shutterbugs (both amateur and professional). Note: A number of Hetherington’s photos are shown throughout the credits, so folks who like what they’ve seen should stay until the end.

If you’re a Canadian who follows the Olympics, or someone who follows boxing, you’ll no doubt remember the saga of Windsor’s Mary Spencer, Canada’s “sure thing” for a gold medal at the 2012 Games – the first where women’s boxing was featured in competition. (For the uninitiated or those who have since forgotten: three-time world-champ Spencer failed to qualify for the Canadian team, was subsequently given the “wild card” slot by the boxing federation, landed several endorsement deals and then… was eliminated in an early-round bout against a boxer from China.) 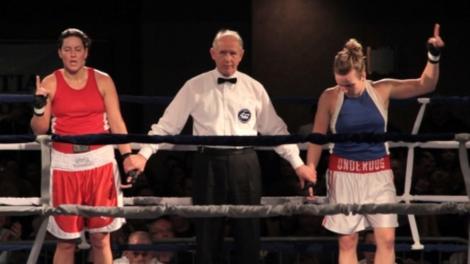 The documentary Last Woman Standing (6/8) tracks that tumultuous journey but also shines a worthy spotlight on Spencer’s equally talented, lesser-known teammate, Ariane Fortin, a Québecois spitfire and Spencer’s good friend (and the film’s unofficial “underdog” fighter), who’s just as eager to score that lone women’s-boxing spot on the Canadian Olympic team. The two women decide to shelve their friendship for the two years leading up to the Olympics, and the film follows each one through her respective training, bouts and struggles. Co-directors Juliet Lammers and Lorraine Spencer frame their sports doc as a story about the relationship between these two women, and how circumstances force the one-time BFFs to become rivals. Both Fortin and Spencer allow the cameras up-close-and-personal access, but (in my opinion) Fortin comes out with the better end of that deal – she’s the one for whom the audience roots, while Spencer sort of comes off as a bit of a privileged athlete who, despite full funding from Own the Podium program (Fortin has to foot her own bill for training and travel), seems to ride the wave of past success and doesn’t deliver when it counts. Compelling film with great subjects and subject matter.