It’s strange how, completely by chance, you can wind up seeing a bunch of films back to back that complement each other perfectly in terms of tone, content or both. That happened to me today.

First up was (Dis)Honesty (8/8), a thoroughly fascinating documentary about how, why and when we lie. The film features Duke University behavioral researcher Dan Ariely and his super-cool work, which examines the nature of dishonesty and the varying degrees to which we accept or reject the notion of not telling the truth. Are little lies better or worse than big ones? Are there certain factors that will make a person more or less likely to lie? And do people behave differently when they know in advance that there will be no consequence to being dishonest? Interviews with individuals whose lies cost them dearly – from a mom of two who simply lied about her address to get her daughters into a better school, to a competitive cyclist whose doping got him banned from the sport for life – are interspersed with clips of an Ariely lecture and numerous examples of the behavioral studies he conducted. The result is a terrifically comprehensive and wildly informative documentary. 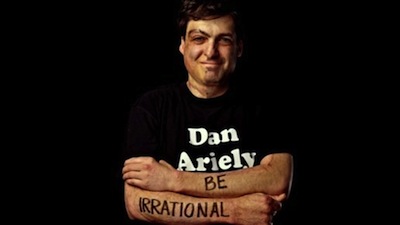 Honestly, I loved this film. And little did I know how it would inform the next two films of the day.

After a speedy stop at Melt to grab a grilled-cheese sandwich, I high-tailed it to the Lightbox for my next screening, director Tonje Hessen Schei’s Drone (7/8), a searing exposé of the military-drone program in the U.S. With a critical eye, the doc probes the true nature of drone strikes in the Middle East – namely, who’s ordering them, where are they happening, how often do they really occur, who’s pulling the trigger and, most importantly, what are the global ramifications when one country decides to use drones to eliminate potential threats in another? As the film very astutely asks: what precedent is the U.S. setting? And what would the world’s reaction be if, say, China or Russia or any number of other foreign countries possessing drone technology decided to start ordering drone strikes in North America? 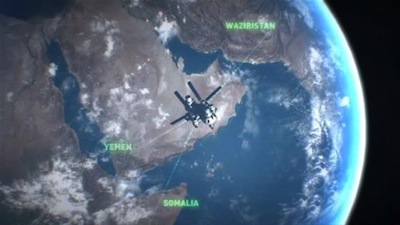 Supremely thought-provoking, the film hasn’t yet been released in the States, and it’ll be really interesting to see if it ever is. It’s a must-watch for anyone who believes he or she knows the score when it comes to drones, and an eye-opener for everyone, in general. Funnily enough, I kept thinking back to (Dis)Honesty as I watched, and the fact that, if one believes himself right, he can justify anything.

Not surprisingly, the post-film Q&A was spirited. The very first “question” began with (I’m paraphrasing) “I think we can all agree that everyone wants to live in peace,” and then devolved into a long, rambling, anti-Obama soliloquy that wound up getting its speaker shouted down by other audience members.

My final film of the day, The Amina Profile (5/8) was chock a’block with lies and lying. Equal parts documentary and docudrama (the official festival program refers to it as “hybrid documentary cinema”), and playing out like the world’s most elaborate episode of Catfish, the film revolves around Canadian Sandra Bagaria, who develops an online romance with infamous (and subsequently debunked as a hoax) “Gay Girl in Damascus” Amina Arraf, the purported lesbian blogger in Syria who gained global attention for her writing but, eventually, was revealed to be American Tom MacMaster. Retracing the steps of their relationship and their myriad, sexually charged email and text exchanges, Bagaria plays host and investigator as the mystery of Amina’s identity is revealed, and the repercussions of McMaster’s expansive web of lies are brought to light.

While I can appreciate the creative aspects of the filmmakers’ storytelling – the doc reminded me a lot of The Imposter in terms of its visuals and format – the numerous dramatized sequences of an anonymous woman walking in Syria, lounging naked in her bed, getting dressed or undressed, walking some more, etc., started to feel like filler in order to pad the film to feature length. And though Bagaria conducts numerous interviews with people around the world who became engrossed in the Amina story, I kept waiting for the camera to be turned on Bagaria for a deeper interview, as opposed to the fragments of commentary she shares while talking to others. 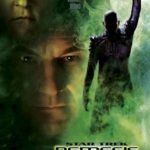