On Sunday, I proved to myself that, after years of film-festival going (Hot Docs, TIFF, WSFF, et al.), I’ve still got the stamina to make it through a four-screening day unscathed and not completely exhausted. Yay! That said, I opted not to push my luck, so yesterday I chose a more modest two films… and, I must say, being able to eat dinner at home and not on a bench at the Lightbox was a nice treat. 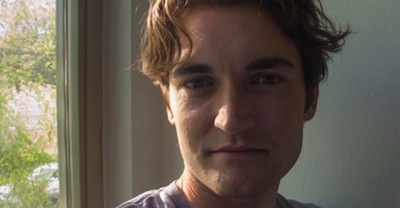 One of my must-see films at Hot Docs 2015 was, from the moment it was announced, Deep Web (7/8), director Alex Winter’s follow-up to his terrific – and similarly themed – 2013 film, Downloaded. And I’m delighted to report it lived up to my pre-fest hopes.

The doc probes the nature and operations of the “Deep Web” (aka: the Darknet or Dark Web), honing in on the Silk Road, an online marketplace where all manner of illegal substances are available for anonymous, Bitcoin-driven purchases by anyone on the planet. More specifically, the film examines the U.S. government’s case against Ross Ulbricht, the twentysomething alleged founder of the Silk Road, and whether the online community he reportedly created is a vehicle for the destruction or liberation of society.

Filled with insights on everything from the value of encryption to the power of community and the decidedly suspect practices of the judicial system, Deep Web pulls back the curtain on a high-profile legal case that hasn’t necessarily been reported on accurately in the press.

Happily, Winter and a number of the film’s key players – including Ulbricht’s parents – were on hand for the screening, and participated in a lively post-film Q&A that wound its way into the Lightbox concession area, where Winter and company chatted with filmgoers for another good 20 minutes or so. (I know because I opted to eat my between-film meal, where else?, on a bench nearby.) 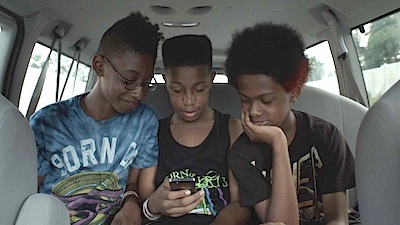 When my second doc of the day began, I wondered if I’d chosen a dud. By the time the lights dimmed, the theater (Lightbox 2) had only a small smattering of people in it and, earlier in the day, I’d read a meh review of the film. But I’m so glad I didn’t change my mind and bolt for an alternative screening because Breaking a Monster (6/8) turned out to be an entertaining and revelatory look at, well, a lot of what’s wrong with the music industry today.

Director Luke Meyer trains his lens on the three Brooklyn preteens in the metal band Unlocking the Truth, who go from talented, happy, music-loving kids to talented, pressured, irritated musicians struggling under the very-adult weight that’s put on their shoulders after their YouTube videos catch the attention of producer Alan Sacks. Soon, the group’s gifted young members – Malcolm, Alec and Jarad – are sitting in giant boardrooms with out-of-touch record-label execs, being forced to abandon their age-appropriate pursuits (skateboarding! video games!) for the sake of their contract and generally treated as commodities instead of artists or kids.

I lost track of the number of times I shook my head in disbelief at the behavior of Sacks and the assorted label execs, who seem more concerned with marketing and managing the trio’s “brand” than they are with letting the guys create and play the music they love. Despite the group’s passion for metal, for example, execs suggest hip-hop producers and collaborations with hip-hop artists (?!), presumably because the lads are black so, you know, of course they’ll love hip hop (*eyeroll*). Early in the film, before their contract, UTT’s joy is all over their faces as they play; by film’s end, all three look like they’re stuck in a grind they cannot control. And for all of Sacks’ repeated proclamations that he’s “not in it for the money,” what seems woefully clear from the get-go is that he’s totally in it for the money and notoriety, not because he wants to nurture the talents of these three boys who, frankly, deserve better than what they get.

Apparently, UTT is already trying to get themselves out of the $1.8 million contract they signed which, after having seen the film, comes as something of a relief and not much of a surprise. 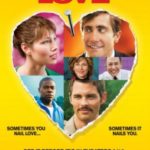