We’ve hit the halfway mark of the fest and, perhaps owing to me getting older or just being pooped as a result of high-tailing it from screening to screening, I’m REALLY tired! And I’ve noticed the energy level of my fellow filmgoers also starting to wane a bit. The grey, gloomy weather isn’t helping, so here’s hoping for some sunshine and a second wind.

I started yesterday off with a film I suspected would probably infuriate me, and I was correct. The Pickup Game (5/8), from directors Matthew and Barnaby O’Connor, pulls back the curtain on the sleazy billion-dollar “pickup” industry, which offers men around the world 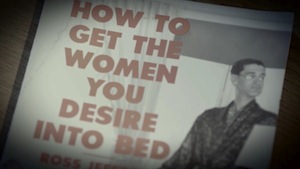 workshops, videos, online forums, instruction manuals and in-person training on how to pick up women… and, more often than not, get them into bed using manipulation, deception and an array of shady, misogynistic tactics. Treating women like commodities instead of, you know, actual human beings, the leaders of these pickup companies – several of whom appear in the film and, frankly, do themselves no favors in the process – prey on the insecurities of both the men they train and the women those men subsequently target, with some “students” taking their education over the line into sexual assault. The film also catches up with some of the industry’s now-“retired” veterans, who have all settled into mundane domesticity (one guy is now happily married, the other lives with his two cats) and who now condemn the very lifestyle they once championed. The film is informative and, it would seem, aimed at exposing not only the industry but the specifics of what they teach as a way of forewarning women everywhere, but does come off a bit like a platform for these sexist jerks to spout their beliefs without being challenged about them. A slightly more balanced approach might have elevated this to required viewing for anyone swimming around in the dating pool.

Next up was Seahorse (6/8), director Jeanie Finlay’s moving profile of British trans man Freddy McConnell as he attempts to get pregnant and have a baby. It’s a challenging process on a number of levels: though he still has ovaries and a uterus, Freddy must stop 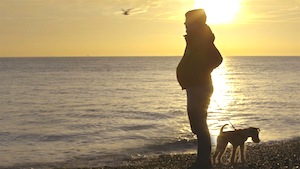 taking the testosterone that’s given him the life (and body) he always wanted, and deal with his physicality changing dramatically once again; though he has a partner, the road towards joint-parenthood becomes rocky; and though he has a hugely loving and supportive mother, Freddy must also face the reality that not everyone will be as open and accepting of his decision to become a dad. Quiet, intimate and insightful, Finlay’s film tracks the entire journey, from the day Freddy trades testosterone for folic acid, to his observations on his past as he witnesses his body sort of “un-transitioning,” right through to (SPOILER ALERT) his pregnancy, following all the ups, downs, setbacks and triumphs along the way. It’s charming and satisfying, and it would be really interesting to catch up with O’Connell five or six years in a follow-up film.

My third and final film of the day was a frustrating experience. Butterfly (3/8) follows 18-year-old Italian boxer Irma Testa as she prepares for the 2016 Olympics in Rio, craps out in her debut bout, returns to Italy and then meanders – and meanders and meanders – 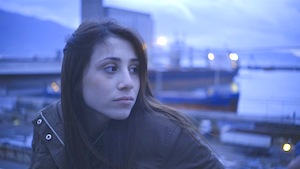 after the Games, unsure of what she wants to do with her life. Unfortunately for the filmmakers, having a petulant, directionless teenager at the center of your doc can sometimes lead to a totally directionless film, which was the case here. Nothing happens. We watch as Irma goes to parties, then goes to the national-team training center, then comes back to her hometown, then goes back to the training center, then back to town, then back to the center as she tries to decide whether she wants to be a boxer. She does! No, she doesn’t. Wait, she does again! Oh, hang on, nope. The third time this sequence repeated itself I thought for SURE something, anything, revelatory or dramatic would happen… yet no. And what’s worse is that the filmmakers have documentary GOLD sitting right in front of their cameras – Irma’s sage, elderly, beloved coach Lucio, a former boxer who’s like Burgess Meredith’s Mickey Goldmill come to life and who runs a tiny youth boxing club that helps keep troubled kids out of trouble – yet they choose instead to focus on a pretty girl who isn’t really all that interesting. Lucio’s life and story would have been infinitely richer and more compelling, but he’s relegated to a bit player here. Alas. By the halfway mark of the film, I was bored and ready to walk out, but I stuck around hoping the film’s point would be revealed by the end. It wasn’t. 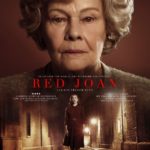