Here’s what I’m totally LOVING about this year’s festival: there are so many amazing films made by or about (or both) women. Admittedly, I tend to seek those out regardless, but it’s been a bit of an embarrassment of riches in 2021. And these three fab films are just a sampling of the docs about women trailblazers on offer this year. 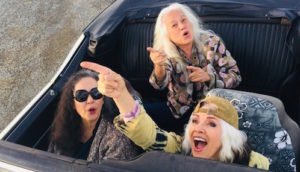 As anyone who’s ever read any of my Hot Docs coverage knows, I am a BIG fan of films about women who rock. And this massively entertaining, amp-cranking and thoroughly satisfying documentary from director Bobbi Jo Hart shines a much-deserved, long-overdue spotlight on Fanny, a group of pioneering women who rocked literally and figuratively, and whose stereotype-shattering presence in the industry served as a catalyst for countless women rockers who followed. Yet, as their friend and fan David Bowie once told Rolling Stone, the group — who formed in the late 1960s, were revered by their musical peers, toured extensively and released five albums before disbanding in 1975 — had essentially been erased from the annals of rock and roll, never getting the recognition they had more than earned. UNTIL NOW. Hart’s film, which chronicles Fanny’s career, challenges, triumphs and kick-ass music of its trio of Filipina founding members — sisters June (guitar) and Jean (bass) Millington, and Brie Darling (drums) — back into the public consciousness. Filled with heart, humor and the kind of pro tip only a film like this can deliver (a mini maxi pad makes a great drum damper!), and featuring interviews with rock luminaries from Bonnie Raitt to Def Leppard’s Joe Elliott, Fanny: The Right to Rock is a testament to talent, friendship, perseverance and, as one young musician puts it when reflecting on the group’s legacy, “The right to rock.” 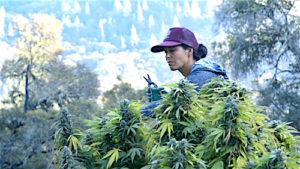 As marijuana is gradually legalized around the world, business opportunities have begun to spring up, but with them comes an array of challenges for small, independent growers hoping to capitalize on the market — or even just retain their tenuous foothold — before big business swoops in to rake in profits. Director Chris J. Russo’s insightful and informative documentary profiles six such entrepreneurial women in California, all of whom are trying to launch or sustain cannabis-related businesses or social initiatives in their state. But it’s no easy task, as each comes up against one obstacle after another, from reluctant community councils to the financial burdens that come with licensing and permits, and the fact that even though it’s legalized at the state level, cannabis cultivation is still criminal at the federal level. In addition to shining a revelatory light on the David vs. Goliath-esque struggle for local farmers being squeezed out of a market they singlehandedly stewarded for decades, Russo’s film does a fabulous job of shattering the stereotypes associated with weed: these women aren’t spacey burnouts, they’re activists, advocates, and small-business owners fighting the good fight against corporate mega-growers and inform a skeptical public on the true nature of their work and products. 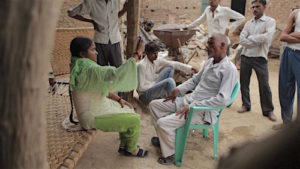 There’s no way you can watch this powerful film from co-directors Sushmit Ghosh and Rintu Thomas and not be totally blown away by the courage and tenacity of its intrepid subjects, the reporters of Khabar Lahariya, India’s only newspaper run and staffed entirely by women. And not just any women: they are Dalits, considered the lowest class of citizen in the country’s archaic caste system. But that doesn’t stop chief reporter Meera and her peers from braving criticism, threats, violence, patronizing (male) officials and epic degrees of mansplaining from their often-hostile patriarchal society in a bid to expose the truth. Whether it’s reporting on a rape or trying to expose illegal mining operations, these tenacious crusaders are frequently the only women amid a sea of unwelcoming men, and there were many times during the film when I felt my heart race because the danger they face is very real and very palpable. Shooting over the course of several years, the filmmakers track the team as they make the shift from print to digital, learning to use smartphones and editing software for the first time as a way of expanding their online reach and amplifying the stories they tell — no small feat when you realize many of them live in homes without electricity. Putting themselves at immense personal risk, these courageous women repeatedly defy the odds (and some naysaying husbands) to affect real change in their communities, grow their news outlet, and hold the powerful to account no matter the stakes.