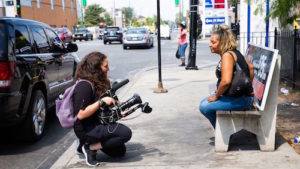 Let me begin by saying: I watched Any Given Day (6/8) with a giant knot in my stomach and a pounding heart. Some 15 years ago, I lived in a small apartment complex where the (money-hungry) landlord decided to offer up units for rent – at a ridiculous premium – to a local organization seeking transitional housing for the mentally ill and/or recently paroled. It was, in a word, a nightmare, as these new tenants arrived and were left to their own devices, with little to no support from the organization that placed them there. As a result, and like the three subjects in director Margaret Byrne’s raw, honest, unsettling and empathic doc, most of them were gradually (or, in some cases, immediately) re-consumed by their demons, the situation in the building became increasingly dangerous, and I moved out in a desperate panic less than a year later.

Watching Any Given Day was like being transported right back to that scary time, and I recognized so many of my former neighbors in Angela (my across-the-hall neighbor), Dimitar (the alternately quiet/explosive guy who lived right next door) and Daniel (across the hall, a few doors down). Byrne’s film tracks the trio — all of whom participated in Chicago’s Mental Health Court, where defendants diagnosed as mentally ill undergo psychiatric treatment in lieu of jail time — as they complete their treatment and re-enter society intending to keep their lives in order, with decidedly mixed and sometimes frightening results. Holding down a job, regaining parental custody, steering clear of drugs and alcohol, taking their meds — all become increasingly difficult for the group, and it’s not long before old (bad) habits, and their psychiatric consequences, return. Byrne also becomes an integral part of the narrative herself, sharing her own struggles with mental illness and suffering a breakdown halfway through filming. Cleverly framed with a changing-of-the-seasons motif (presumably to mirror the cyclical nature of mental illness), and filled with a fair amount of heartbreak tinged with glimmers of hope, this doc is not easy to watch, but nonetheless makes for compelling viewing. 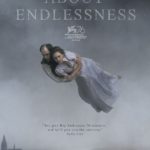