Documentaries are meant to “plumb the depths” of their subject matter, and these three films do it literally and figuratively, taking their cameras below the surface of the world’s waters for deep dives into healing, harm, and how one woman went from hunter to helper. 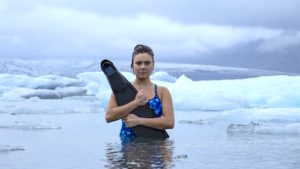 When I sat down to watch director Nays Baghai’s profile of free diver Kiki Bosch, the first thing on my screen was a somewhat ominous warning about potentially disturbing content. Gulp. Uh oh. I nonetheless jumped in and am relieved to report that I didn’t find any of the material disturbing. While it does tiptoe into informercial-esque territory when it gets to the segment on Bosch’s business teaching the Wim Hof Method, the gorgeously shot documentary delivers a thoughtful examination of the hows and, more importantly, whys of her often dangerous, bone-chilling underwater expeditions. Laid out a bit like a cinematic autobiographical essay, with Bosch narrating her own story, the film explains how Bosch, having lived through a traumatic event, found emotional healing in the water, and how training herself to mindfully manage the intense physical pain of borderline-freezing bodies of water has helped her to tune out psychological pain, as well. The underwater photography is breathtaking, and I can only imagine how beautiful it would look on a big screen, but Descent did feel (to me) a bit stretched-to-fill-time in spots, and I wondered if it might have been stronger as a tight 30-minute short. 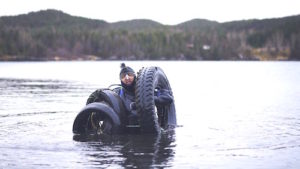 That old adage “every little bit helps” could be the moral of this David-vs.-Goliath-task documentary about Shawn Bath, a former Newfoundland fisherman who’s made it his personal mission to remove as much garbage as possible from the floor of his province’s harbors… even if he has to do it by himself, one tire or beer can or car battery at a time. Directed by Cody Westman, the inspirational film follows the Clean Harbours Initiative founder over the course of a year or so, as he performs his largely solo work, desperately seeks funding, and forges a controversial (in Newfoundland, anyway) allegiance with Sheryl Fink, director of IFAW (International Fund for Animal Welfare), an organization fervently reviled by many hunters and fishermen in the province for its anti-seal-hunt stance. Relentless and tireless, Bath repeatedly plunges himself into frigid waters while simultaneously plunging his family into massive debt which, in turn, puts his health and his relationship in jeopardy. The film is the best kind of underdog story and, while it can feel a little repetitive (I lost count of how many times we watch Bath pull a tire out of a body of water), hopefully its environmental theme and Bath’s vitally important work will provide CHI with the attention and recognition it needs to grow even more. 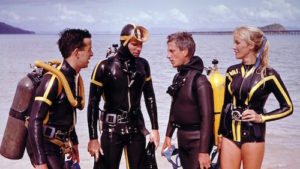 A worthy successor to similarly themed films such as Sharkwater and Mission Blue (which we checked out at the fest in 2014), this profile/pro-marine-conservation doc from director Sally Aitken is as educational as it is entertaining. Aitken’s subject is renowned marine conservationist, photographer and unabashed shark lover Valerie Taylor, whose career has spanned some five (six?) decades and who’s still wrangling herself into wetsuits today to swim with her beloved aquatic “friends.” The film chronicles Taylor’s adventurous life, and how she and her diver/cinematographer husband Ron gradually evolved from being champion spear fishers/hunters to championing the protection of the species swimming the world’s oceans. It also examines how the duo’s groundbreaking work on films such as Blue Water, White Death and Jaws actually backfired, perpetuating the misconception that sharks are killing machines prowling the oceans looking for humans to eat — which in turn resulted in the tragic global explosion of shark hunting for sport. Featuring present-day interviews with Taylor, who reflects on key turning points in her life and point of view regarding sharks, the film boasts a ton of archival footage (culled from the Taylors’ personal collection) to deliver a rich, well-rounded study of one woman’s life-long commitment to a cause. 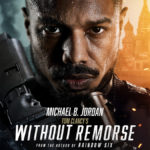