Another Hot Docs is drawing to a close. <sigh> It’s been an insanely busy and exhausting — but, as always, immensely satisfying — 10 days, filled with a slew of docs that squeezed my heart, boiled my blood and helped my brain grow a couple of sizes. I managed to screen 49 films this year — not quite a record, but that’s because sometimes real life gets in the way of documentary-watching. Here’s the final trio…

Anonymous Club (6/8)
You don’t have to be a fan of Courtney Barnett, or even know who she is, to get something from this curious hybrid of art film and rock doc… but it would probably help. (Full disclosure: I had never heard of her before when I sat down to watch.) Fans of the Aussie singer-songwriter — who hit it big with her debut album in 2015 and released her second in 2018 — will no doubt devour this introspective-to-an-extreme film from director Danny Cohen, which is essentially 90 minutes’ worth of Barnett’s inner monologue set to clips of her on the road, at gigs, rehearsing and, frequently, working on new material. It’s a deeply intimate behind-the-scenes look at her creative process and her mental health; Cohen gave Barnett a dictaphone and, for three years, she made audio recordings of her thoughts, musings, fears, insecurities, joys and all manner of ruminations. The result is a complex portrait of an equally complex and somewhat troubled soul, who (like most of us) is plagued with self-doubt and self-criticism, and who seems to be battling depression. The doc is brutally honest — at one point, Barnett repeats a line over and over and over again about wanting to die — and while it does veer towards cinematic therapy session at times, Barnett deserves immense respect for being an artist so willing to pull back the curtain on her own struggles in an age where everything about anyone with a modicum of fame is so carefully curated to create a “brand” image. I may not have known who Courtney Barnett was at the outset, but I certainly do now.

Fire of Love (7/8)
Love stories take center stage in many films at Hot Docs, but this doc’s subjects may have one of the most unusual… and one of the most tragic. Using decades of archival footage shot by geochemist Katia Kraftt and her husband, geologist Maurice Kraftt, director Sara Dosa chronicles the made-in-the-stars romance of these world-renowned volcanologists, whose love for each other was rivaled only by their passion for volcanoes: climbing them, exploring them, studying them, analyzing them, filming them and, in the end, losing their lives to them. Narrated by Miranda July (sounding a lot like Phyllis Smith of The Office), the film tracks the couple’s relationship from their first meeting in 1966 to their deaths at the foot of Japan’s Mt. Unzen in 1991. Clips of the spirited duo on assorted French talk shows, along with jaw-dropping footage of the pair getting alarmingly up close and personal with one volcano after another, illustrate the depth of their commitment to their work and each other. Knowing their fate doesn’t dampen the film’s effectiveness, either: the perils are palpable with each successive segment, as the Kraftts excitedly inch closer and closer to danger with every expedition. The scientific findings that resulted from their daredevil escapades, along with the gorgeous imagery they captured — dazzling eruptions, gargantuan billowing clouds of ash, pulsating red lava — provide a speck of comfort that, at least, the extreme risks they took and the ultimate sacrifice they made were not entirely in vain.

Pleistocene Park (5/8)
Here’s the fun(ny) thing about attending Hot Docs every year: sometimes, you unexpectedly wind up with doc crossovers (docovers?), where a memorable figure pops up in multiple films. At Hot Docs 2019, I saw the CRISPR doc Human Nature, which featured (among others) geneticist George Church… who then showed up in this year’s Make People Better *and* appears again here. So does, Stewart Brand, whom I watched actually visit Pleistocene Park in last year’s We Are As Gods… and I think that visit is the same one he makes in this film from director Luke Griswold-Tergis. That is: the very same visit appears (I think?) in both docs, providing two very different takes on the event. Neat!

Less neat, though, is this doc, which starts off with a lot of promise and then gets mired (literally and figuratively) in one epic bison-transport mission for almost its entire second half. The film revolves around scientist Sergey Zimov and his son Nikita, who live with their families in a remote part of Siberia and who are devoting their lives to a unique climate-change solution. In a nutshell: they believe that repopulating the Arctic with millions of herbivores (bison, reindeer, wild horses, moose, etc.) will eventually revert the tundra to grasslands, which will in turn prevent the thawing of the carbon-dioxide-rich permafrost soil. Griswold-Tergis embeds himself with his subjects at their mosquito-riddled compound, which affords him unprecedented access, and the first half of the film tracks Sergey’s efforts and experiments over the decades, as well as the varying reactions to his geo-engineering from members of the scientific community. But once the bison transport starts… that’s pretty much it. What starts as profile of a renegade upstart and his outrageous (or ARE they?!) ideas turns into a weird road movie that becomes more about Griswold-Tergis proving himself to the Zimovs than it is about their project. It was an okay doc overall, it just left me feeling a bit deflated and dissatisfied in a “wait, that’s it? it’s over???” way by the time the credits rolled. 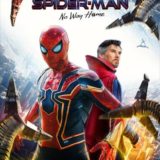