Though I wasn’t able to catch as many pre-festival screenings as I would have liked (::: shakes fist at day job :::), I did manage to get to a few, and this year’s crop included a number of standouts. Here are eight worth adding to your to-see list!

Advocate (7/8)
This engrossing character study is directed by Rachel Leah Jones and Philippe Bellaïche, and introduces audiences to the life and work of Israeli human-rights attorney 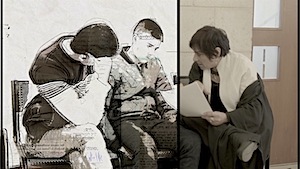 Lea Tsemel, who defends Palestinians in Israeli court and is sort of a quasi-RBG figure in her tireless decades-long pursuit of justice for those she feels aren’t being afforded equal rights. The film tracks her work from the 1960s to present day, her roots in political activism and the impact her chosen career path has had on her family. The biographical doc is set against the backdrop of two ongoing trials/clients, both accused of terrorist acts – a 13-year-old boy caught up in a stabbing incident, and a woman whose car exploded at a checkpoint – which allows Tsemel’s true grit to shine. She has an unrelenting losing record and faces constant public scrutiny and scorn, but nonetheless devotes herself to advocating for her clients. Though Tsemel isn’t interviewed at length in the fly-on-the-wall film, the directors cull commentary from her husband and two adult children, and sprinkle it in amid plenty of as-it-happens coverage of Tsemel at work. That, along with insightful archival footage, results in a compelling narrative and fascinating film, which is cleverly punctuated by selective rotoscoping and split-screen effects to protect the identities of some of the individuals onscreen.

Always in Season (6/8)
Powerful and sobering, this doc from director Jacqueline Olive traces the history of lynching in America and should probably come with a 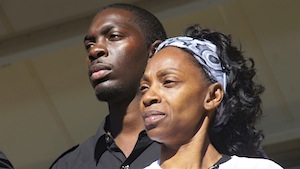 viewer-discretion warning for those with more delicate constitutions, as some of its archival images – while completely relevant and important – are extremely graphic. The film is anchored in the case of Lennon Lacy, a 17-year-old black teen found hanging from a swing set in Bladenboro, North Carolina, in 2014 – authorities ruled it a suicide, but his family and friends believe something more sinister is at work, and facts about the case slowly begin to emerge. His story is juxtaposed with lynching reenactors, who reenact the Moore’s Ford lynching of 1946 (in which two black men and two black women were lynched) as a way of honoring its victims and ensuring that the horrors of this incident (and countless others) are realized by people today. A bit uneven at times, the doc’s arc ultimately mirrors that of the Lacy case and so many other lynchings in that it’s left unresolved – which is fitting, given the subject matter, but may leave audiences feeling unsatisfied about the lack of justice and closure. Then again, maybe that’s the point.

American Factory (7/8)
This fantastic doc was on its way to a full-pie rating, but the last few minutes let the wind out of its otherwise amazing sails, kind of ending with a whimper instead of a “wow.” Directed by Steven Bognar and Julia Reichert, 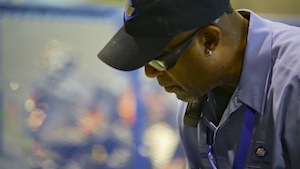 the film is a fascinating exploration of what happens when Chinese conglomerate Fuyao Glass opens up shop in Dayton, Ohio, in a former GM plant that closed its doors in 2008, and hiring some of the thousands of employees who’d been put out of work. American staff are hired with a promise of a very bright future, but it’s not long before things start to go sideways: the expectations of the Chinese executive branch don’t align with those of its U.S. workers, or the reality of life and work in the Dayton plant. From its first moments, the doc and its central figures had me hooked. There’s tension, humor, humanity, heart… and some pretty surprising behavior caught on camera. Fuyao site managers openly discussing (in Chinese) firing any workers who appear to favor unionization; orientation sessions for the Chinese employees (by their Chinese managers) featuring sweeping generalizations made about Americans, which would be condemned if it had been the other way around (i.e., American employees being “taught” what to expect from their Chinese counterparts). As I say, it was gripping until its final few minutes, and is one of those films that I kind of wish I’d seen during the fest, so that I could sit in on the inevitably riveting post-film Q&A.

Hope Frozen (6/8)
Sometimes a movie hits you in the heart and, even though it might not be an amazing film or to everyone’s liking, is nonetheless extremely effective and memorable. This is just such a film. (As an aside, it’s also the perfect companion film to Human Nature.) A poignant meditation on life, death and grief, Hope Frozen centers 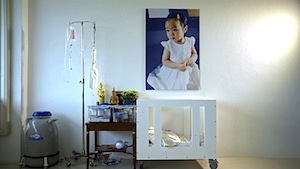 on a Thai family whose young daughter, Einz, died of a rare and aggressive brain cancer at age two. Believing that someday in the future a cure will be found for Einz’s condition, the family decides to have her cryogenically frozen seconds after death, so that she might be revived, cured and allowed to live again decades (or even centuries) from now. Derided in the media, her scientist parents and science-loving older brother nonetheless defend their decision, and the hope they have that they’re giving her the chance at life. Her body is housed in a cryo-tank in Arizona, and the doc follows the family as they embark on a trip to visit her – lemme tell you, watching her mother quietly weep while the scientists at the cryo-tech company speak clinically about their techniques (inadvertently stripping this woman’s precious child of her identity and unwittingly speaking about her as though she were a piece of data) is heartbreaking. Director Pailin Wedel’s film is quiet, introspective and very moving (it gave me a crying headache!), and raises many questions about the efficacy and intent of a science that’s still in its infancy – will the techniques used to freeze people now actually destroy the very tissues they’re supposed to preserve, rendering these bodies un-wake-able in the future? And if so, what are the moral and ethical implications for the companies currently peddling this hope? 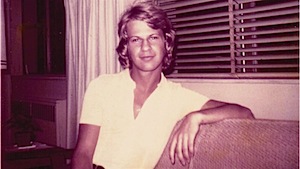 that also provides an abridged history of homophobia, the gay-rights movement and the AIDS epidemic in the United States in the 1980s. Packed with interviews with Dugas’s friends, colleagues and former lovers, as well as an array of researchers who worked on early AIDS studies, and dozens of notable figures in the gay-rights movement, Lynd’s film (as its title wryly suggests) “clears the name” of Dugas and skillfully weaves his narrative – he was an out, flamboyant and unapologetically hyper-sexual gay man – through a historical backdrop, peppered with archival photos and videos, and recollections of the man author Randy Schilts turned into a calculating villain knowingly and willfully infecting everyone he could in the book And the Band Played On. Instead, Dugas is revealed to be a sweet, kind, scared and beloved young guy, whose willingness to help researchers track the disease led to him inadvertently – and mistakenly – being named its source. The film is a perfect blend of outrage and compassion, humor and heart, and its final few minutes pack a beautifully moving punch.

Our Godfather (6/8)
Kudos to the members of the Buscetta family who – despite being in hiding and living under assumed names – appear on camera in directors Mark Franchetti and Andrew Meier’s engrossing doc about notorious Sicilian Mob boss Tomasso Buscetta, 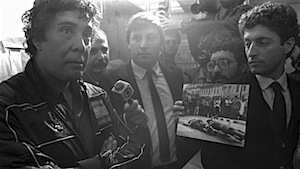 who turned on his fellow “men of honor” in the 1980s and helped authorities convict more than 400 mobsters in Italy and the United States. Not surprisingly, he and his entire family immediately became marked for vengeance by a global crime syndicate, and more than a few (not associated with the Mob) were murdered in the process. Interviews with his widow and two of his children – who recount their lives with Buscetta before, during and after his testimony – punctuate a wealth of home movies and archival footage. And while the story is fascinating, it also paints a curiously conflicting portrait: on the one hand, Buscetta was a mobster, but the film almost wants to create a redemption story and make him into a noble antihero, which feels a bit strange.

The Wandering Chef (6/8)
Directed by Hye-Ryeong Park, this meditative film is a poetic quasi-profile of Korean chef Yim Gi-Ho, nicknamed “the wandering chef” for his forays into the wild, where he harvests berries, seeds, twigs, weeds, grasses, mosses and the like, and then creates beautiful culinary dishes with them. 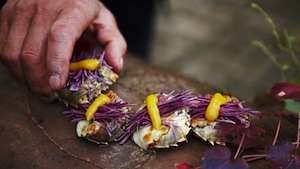 He believes that food is medicine, and has an encyclopedic knowledge of what’s edible and what isn’t, which becomes especially important as the doc tracks the tender relationship he develops with an elderly couple living in a remote town in the mountains. He calls them “granny” and “grandpa,” and periodically visits them to cook them meals from the things he finds on their property, concocting dishes with restorative properties to help them with their assorted ailments. This relationship is the heart and soul of the film and should really make up the entire movie, but too much time is spent at the outset following Yim on assorted meanderings… to the point that I started to think, “Okay, I get it. He WANDERS.” The synopsis also alludes to him preparing more than 100 dishes in 24 hours, but that actually makes up only a tiny portion of the screen time. Gi-Ho is a gifted, fascinating individual, and his story is punctuated with his own moving reflections on his childhood, his late mother, and the literal and figurative journeys he’s been on since he was a teen. Like an elaborate dish with too many elements, I think the film needed to edit out the superfluous content to focus on the key ingredients: a gifted chef sharing his skills as a way of connecting with others.

Willie (6/8)
If you’ve never heard of Willie O’Ree, you’ll no doubt be one of his biggest fans by the time the credits roll on this biographical doc of the recent Hockey Hall of Fame inductee and NHL legend, who broke the league’s color barrier when he was drafted by the Boston Bruins in 1958. 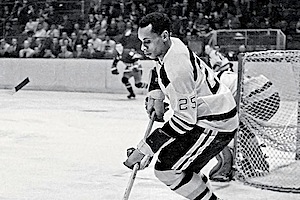 Director Laurence Mathieu-Leger crafts a rich and reverent doc about O’Ree, a descendant of runaway slaves, who grew up an elite athlete – and one of 13 kids – in Fredericton, New Brunswick. Teetering between a career in pro baseball and hockey, he chose the latter after a particularly eye-opening stint at a baseball training camp in the U.S. South, where he was exposed to the engrained and prevalent racism. Those racial slurs and racist taunts followed him throughout his time on the ice, but the film traces his journey from minor-league hockey star to NHL pioneer and, later, diversity ambassador, spotlighting pivotal moments in his life and career. That’s juxtaposed with O’Ree’s own present-day search for information about his ancestors in the Carolinas. There are interviews with O’Ree’s friends and supporters in Fredericton, hockey greats (hi, Wayne Gretzky!), league officials, parents and kids who have been inspired by O’Ree over the years, and a number of current players – including Wayne Simmonds, Devante Smith-Kelly and Kelsey Koelzer – who discuss what it’s like on and off the ice as a non-white player in what is still a sport played by the privileged. It’s a solid film about a talented athlete who paves new roads decades ago and who continues to make a difference today.