My day nine was actually day ten of HotDocs. As mentioned in my previous entry, I didn’t see any films yesterday due to rain. And I almost didn’t see any today because a migraine hit me out of nowhere this morning.

But the massive amounts of caffeine and pain relievers I consumed – plus a two-hour lie-down – did manage to beat the blinding pain into a dull ache enough for me to get to one screening today, director Kevin McMahon’s Waterlife (6/8). A sort of environmental road movie (on water), the film examines the beauty and increasing toxicity of North America’s five Great Lakes. Going from lake to lake, McMahon delves into the effects pollution is having on the lakes’ inhabitants, on land and in their waters. The result is eye-opening and alarming… but occasionally veers close to fear-mongering. The closing series of images, alongside narration warning of the dangers of even very low levels of toxins, may send paranoid audience members running from their tap water instead of enlightening them and driving them to conservation activism (which is what I would hope the intention actually is).

And that’s all she wrote as far as HotDocs 2009 goes. It’s been a wonderful, but curiously exhausting (both physically and emotionally), festival this year. More than half the films I saw left me weeping, which takes its toll on a gal’s heart and head after a while. At the same time, more than half the films I saw were also excellent, which is a much better batting average than I’ve ever enjoyed at TIFF.

So, as I regroup and re-center and recuperate from nine days of movie-going, check out the festival’s awards winners. The audience award and top-10 list of most-popular films will be revealed tomorrow. 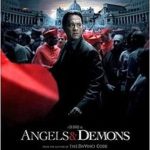