Toronto’s annual documentary film festival (April 29th – May 9th) is back for its 17th year with, fittingly, 170 films from the four corners of the globe. There’s a little something for everybody – from politics to religion, sexuality to aging, jelly beans to killer fish – and the docs themselves range from the hilarious to the heartbreaking to the controversial. Fun!

On my inaugural day of fest-going, I hit three screenings. First up, running as part of a retrospective cool-docs-from-the-past program called “Ripping Reality,” was the award-winning Darwin’s Nightmare (5/8), which examines the effects of the Nile perch trade on Tanzania – specifically, how the introduction of the non-native fish into Lake Victoria spells financial gains for some, but social, economic and environmental devastation for everyone and everything else. Packed with unsettling imagery alongside an even more troublesome story, the film paints a rather grim picture of an ecological experiment gone horribly awry. As an aside, the Nile perch is a gigantic, terrifying-looking creature.

Next up was the much-anticipated and hugely buzzed-about Babies (5/8), which contained EPIC levels of cuteness but, as a film, was somewhat disappointing. All the press materials and advertising claim the documentary chronicles the first year in the lives of four babies – one in Tokyo, one in Namibia, one in Mongolia and one in San Francisco. But what unspools is simply a whole lot of random clips of these babies doing extremely cute things at various points in their first years. While there are some sections that effectively compare-and-contrast child-rearing and the discovery experience of a child in these vastly different parts of the world, the majority of the footage assembled feels like just that: assembled footage. Again, and I must stress this, the film is beyond adorable, beautifully shot and hugely enjoyable as 79 minutes of cute, but would have been much more amazing had it contained better structure, chronology, context and direction.

Thankfully, my final film of the day was filled to overflowing with structure, chronology, context, direction and ten kinds of awesome… and I picked it on a whim! Cooking Up Dreams (8/8) was a beautiful, colorful and surprisingly moving look at the foods, recipes and traditional dishes of Peru, and how its citizens – from farmers to renowned chefs – are taking their national cuisine to the world. It was fantastic! At a mere 75 minutes, it was jam-packed with information and infused to its core with heart. Director Ernesto Cabellos crafts a fine film that examines the relationship between a culture and its meals, and how the diversity that is celebrated because of the multitude of ingredients on a plate of food is a model that could, and should, be mirrored in the society doing the eating.

Cooking Up Dreams was also preceded by a gorgeous, cinematographically rich short called Green Sea (6/8), which profiles various generations of a tea-farming family in Argentina. Shot like a love letter to the tea leaves and the fields in which they grow, the film is quiet and lyrical and, like its subject, mellow and relaxing. 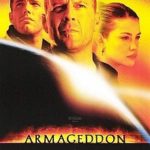 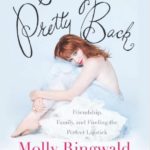