Hunt for the Wilderpeople

By adding a bit of quirk and and a whole lot of gorgeous scenery, the formula of “winsome kid thaws old curmudgeon” works again.
By Lindaon December 9, 2016
0 Comments
Our Rating 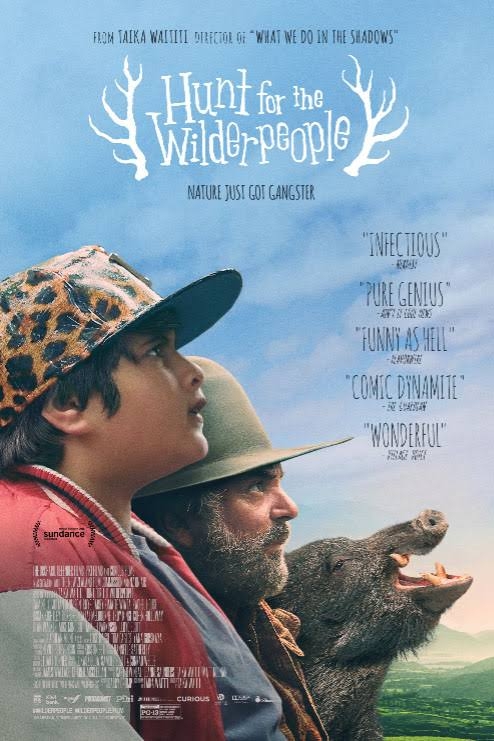 Ricky Baker (Julian Dennison) finally has some good luck. A 13-year-old chubby foster kid, he has found a warm home with a goofy “auntie” Bella (Rima Te Wiata) who checks in every night to see if he’ll be running away (and to remind him to be home for breakfast), and “uncle” Hec (Sam Neill) who only grunts and basically wants to be left alone. But happiness is short-lived when Bella abruptly passes, leaving reluctant Hec to care for the kid. So Ricky runs away to the bush, gets lost, and next thing you know Ricky and Hec are on the lam from the child welfare authorities.

It’s an adventure of misunderstanding as the boy and the grumpy man stay in the woods, first literally by accident, and later just for the hell of it. With a diligent and determined welfare agent on their trail (the scene-stealing Rachel House), along with a growing cadre of bumbling police and reward-seeking citizens, these two “Wilderpeople” are like Butch and Sundance, even with their own poorly drawn “WANTED” posters showing up in backcountry hiking huts. It’s like a road movie on foot, as Ricky and Hec stumble upon danger, boredom, and quirky characters, including Rhys Darby as a shaggy hermit that calls himself Psycho Sam for a self-proclaimed edge.

Hunt for the Wilderpeople follows a well-worn formula. You know that Ricky isn’t a bad kid (despite occasionally burning things down or shooting people), and you know that Hec, under all that cranky bluff, will probably thaw a bit by the end. But is it still a sweet journey with enough goofy Kiwi humor and backcountry landscape to feel fresh and charming.