I Know Where I’m Going: Katharine Hepburn, A Personal Biography 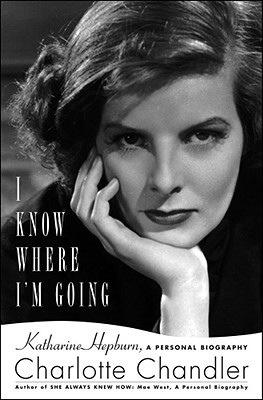 I Know Where I’m Going is allegedly based on a series of recordings made over many years.  It is self-proclaimed as “the most intimate and personal biography ever published of Hollywood legend Katharine Hepburn.”

It is, in my opinion, a complete work of fiction.  The book starts out with Hepburn recounting the death of her brother, Tom.  Great detail and emotion are provided, which strikes this reader as odd given the private nature of Katharine Hepburn.  I cannot imagine that she would be as casual with such a memory to say “’Onliness’ is my word for what I call my philosophy of life. It’s a word I made up for myself when my teenage brother hanged himself.”

The second chapter is where the book lost me.  It seemed like an insult to the memory of Katharine Hepburn.  The contextual “quotes” didn’t have her voice.  I couldn’t imagine her sitting with George Cukor and Charlotte Chandler discussing things that history has told us were very private to her with such candor and nonchalance.

Chapter Two has Katharine Hepburn recounting her entire family history, because “you have to know where I came from and about my parents and family to know me.”  The rest of the chapter is a clear attempt to mimic Hepburn’s disjointed style of recollection that does little more than make her seem flighty and unintelligent.

I tried to skim through the book in an effort to give the author another chance, but found it to be full of inaccuracies.  Most notably the remarriage of her first husband, Ludlow Ogden Smith, a mere two months after Hepburn obtained a Mexican divorce in 1934.  In actuality, Smith remarried in 1942.

If you’re looking for a glimpse into the private life of Katharine Hepburn, I suggest you read her autobiography, Me: Stories of My Life

and skip this book altogether. 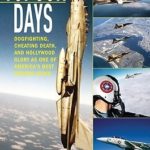 PreviousTopgun Days: Dogfighting, Cheating Death, and Hollywood Glory as One of America’s Best Fighter JocksNextMargaret Mitchell’s Gone With the Wind: A Bestseller’s Odyssey from Atlanta to Hollywood 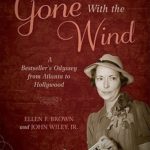