John Hughes: A Life in Film 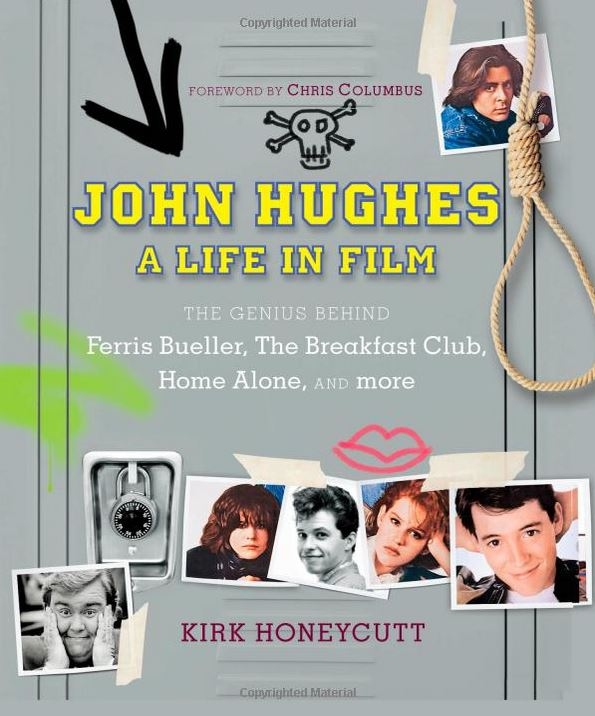 There’s something strange and final and weirdly satisfying about holding John Hughes: A Life in Film in your hands. The first thing I did when I looked through it was cry. First there’s the warm wave of nostalgia that comes from seeing all of your favorite movies gathered together in one place. Then there’s the bittersweet realization that all of the people and things you had understood to be contemporary are part of a bygone era. And, finally, as you get into the latter part of the book, the old question emerges again: “Why did John Hughes stop making John Hughes movies?” It seemed as though we lost him long before his death. It’s a lot to process, and the finality of it all fitting between the covers of a coffee table book is more unsettling than one might expect.

Packed with color photographs, John Hughes: A Life in Film gives us a brief overview of Hughes’ early life, then takes us through his film career step by step. Beginning with his early work with National Lampoon and segueing into his stand-alone projects, the book takes us behind the scenes of each movie. Understandably, the insight into the evolution of his earlier films (with which he took a deeply personal, hands-on approach) is far greater than those made during his Crap Years. There are fascinating stories about changes to the script for Mr. Mom and great anecdotes from the making of Ferris Bueller’s Day Off, but there’s less to be said about later endeavors like Miracle on 34th Street, Flubber, or the debacle that was Baby’s Day Out. It makes sense. By that time the general feeling was that Hughes was just phoning it in, but why?

The “why?” is one question the book is unable to answer, as Hughes was an intensely private and complicated individual. Without him to shed light on his choices, we can only make inferences based on the things he said and did. There were the various meltdowns and freeze outs, stories of people drawn into his inner circle and then, with no warning, spit out. It’s a portrait of a sensitive, idealistic, somewhat distrustful soul, but one who left a timeless body of work and who loved his family and friends dearly. The section on Hughes’ friendship with John Candy is especially moving, as it chronicles their easy camaraderie, shared values, and spirit of collaboration. It’s considered no coincidence that Hughes’ engagement with the business of Hollywood declined dramatically after Candy’s death.

While author Kirk Honeycutt doesn’t solve the puzzle that is John Hughes, he does a pretty great job of giving us all the pieces. As readers, viewers, and fans, it’s our job to work out where those pieces fit and what we want to take away from it all. Looking back at Hughes’ body of work, it seems clear that he left us everything we need to do just that.