How do you walk out your front door and recapture your youth when decades of real life stand between you and your glory days?
By Jenniferon October 31, 2013
0 Comments
Our Rating 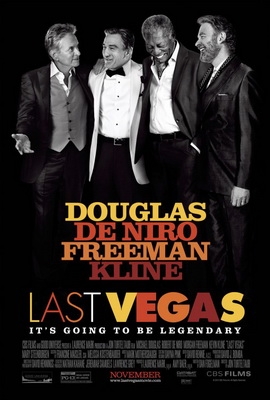 For no particular reason, I had it in my head that Last Vegas was about four veteran actors knocking over a Vegas casino. I understood their characters to be former tough guys from New York, childhood best friends who reunite for one last hurrah. In my head, that last hurrah would pretty much be a reenactment of Ocean’s Eleven. Given this particular cast, I was on board with that, but I’m happy to report that I was completely off base. There is no knocking over of casinos in Last Vegas, more of a complete metaphorical knocking over of Vegas itself.

The movie begins with three of the four best friends dealing with the trappings of late middle age. Sam (Kevin Kline) has moved to Florida with his wife and finds himself depressingly surrounded by all things elderly. Archie (Morgan Freeman) is living with his overprotective son following a stroke. And Paddy (Robert DeNiro) is grieving the loss of his beloved wife and childhood friend, Sophie. Only Billy (Michael Douglas) is still someone who could be considered a mover and a shaker, but his flashy business dealings and thirty year old girlfriend smack more of midlife crisis than success. While giving the eulogy at his mentor’s funeral, he impetuously proposes to his absurdly young paramour, then calls his pals to announce the news. Plans for a Vegas bachelor blowout are hatched, and the four find themselves together again in Sin City.

It would be all too easy for these four men to become the butt of every joke in this movie (much like Al Pacino, Alan Arkin, and Christopher Walken did in Stand Up Guys), but their characters are instead presented with humanity and heart. DeNiro is a bit of a parody of himself as the frowny-faced Paddy, but that doesn’t necessarily make him any less believable. He’s a man carrying the heartbreak of an enormous loss and a profound sense of betrayal by Billy (who failed to appear at Sophie’s funeral). Sam has a condom in his pocket and permission from his wife to do whatever he needs to reignite his spark as long as whatever happens in Vegas stays in Vegas. It’s a little cringey watching him announce to much younger, uninterested women that, “I’ve got a condom!”, but his awkwardness is sweet and relatable. How do you walk out your front door and recapture your youth when decades of real life stand between you and your glory days?

Upon arrival in Vegas, the boys make a fast friend in lounge singer Diana Boyle (Mary Steenburgen). She serves as a friendly, age- appropriate ambassador to the city, and finds a special connection with Billy. Their connection, and the blunt urgings of Paddy, cause him to reevaluate his path and attempt, for the first time in his life, to engage in reality and act his age. And as Billy comes to terms with settling down, his three friends come to terms with the lives they’ve got. Sophie may be gone, but she would want Paddy to be happy and to find light in his life. Archie’s health may be fragile, but his resolve enjoy each day remains strong: if it kills him, it kills him. Sam may live amongst retirees and have titanium in his leg, but there’s no reason to act old just because he’s getting older.

All of this is learned through a series of age inappropriate escapades and typical Vegas debauchery, but it’s nice to see these characters retain their dignity even as fish out of water. Too often older people are judged by the whiteness of their hair rather than the experience of their years, and the film does a nice job of showing these men as real people. They may be older now, but the spirit inside these aging bodies remains the same. 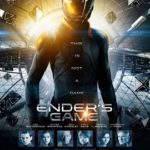 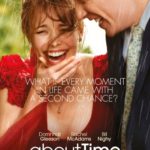