Lucy in the Sky

Melodramatic, tonally all over the map, occasionally ridiculous and (speaking of ridiculous) boasting one of the most inexplicable cinematic wigs since Rami Malek’s Freddie Mercury coif, this disappointing, very-loosely-based-on-real-events spurned-lover film feels like something that was churned out for Lifetime. In 1988. And needlessly so, at that.
By Vickieon December 23, 2019
0 Comments
Our Rating 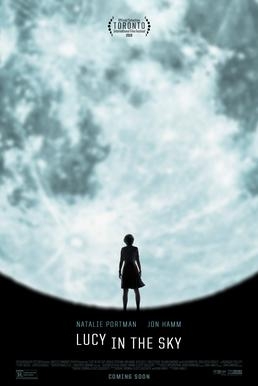 Natalie Portman sports the aforementioned tragic fake hair to star as Lucy Cola, a chronic overachiever, Type-A personality and NASA astronaut who’s just returned from her latest mission and is already itching to get back in space. She’s married to Drew (Dan Stevens), a grinning, aw-shucks-wholesome marketing executive for the space agency, who behaves as though he’s been dropped in Pleasantville or Mayberry. Lucy seems dissatisfied with her life – we never quite know why, but she’s profoundly drawn to the solace (and, perhaps, solitude) of outer space. Reinforcing her desire to hop back in the Shuttle for blast off is fellow astronaut Mark Goodwin (Jon Hamm), a textbook amiable all-American with whom Lucy begins an affair. But when Mark moves on from their tryst, Lucy starts to come unglued – as does the film – and slowly loses her grip on reality.

If the plot sounds a little thin, that’s because it is. Inspired by the infamous fractured-love story of real-life NASA astronaut Lisa Nowak, but bearing only a passing resemblance to that narratively limited situation, Lucy in the Sky takes what could have been a compelling character study and turns it into a schlocky Fatal Attraction-y thriller, the underlying messaging of which seems to be: an otherwise accomplished, respected, stable woman will turn into a deranged nutjob if a guy doesn’t return her affection.

Portman does her best and, at the outset anyway and despite the lame wig (seriously, WHY did she need that? whose idea was it? it added nothing but distraction!), she turns in some nice work in a role that feels like it was written for Jodie Foster circa 1990. Problem is, Portman looks 16 years old and is tiny. I didn’t buy her as a tough-as-nails military vet or, even worse, as a love interest for Jon Hamm. They’re 10 years apart in age in real life, but it looked like she was a lovestruck little teenager and, as a result, their entire relationship felt… weirdly icky.

The key supporting cast is fine, with Hamm and Atlanta’s Zazie Beetz (as another astronaut) doing what they can with the material. But, oh, poor Tig Nataro, who’s stuck in a horribly thankless role as, I guess, “random colleague #4.” I love Tig, and hated that the filmmakers just plunked her in the proceedings then gave her no point or purpose. (See also: Nick Offerman as Lucy’s therapist.}

In addition to a central storyline without much meat to it, the film is also plagued by very heavy-handed visual cues, most notably: the tendency to change aspect ratios as a way of conveying what/how Lucy is feeling. In space, widescreen. On Earth, in 4:3 (like a TV show). At random intervals, in panorama. You just know someone somewhere thought, “What’s that? Lucy’s feeling off-kilter? Let’s make everything onscreen wavy!” It became tiresome.

Throughout the film, I couldn’t suspend disbelief and, ultimately, didn’t really care what happened. Between the wonky wig, weak story, weird visuals, Portman’s (problematic in this case) perpetual youth and a bloated running time of just over two hours, it was all just simultaneously too much and not enough.

There are a series of deleted/extended scenes, plus featurettes about director Noah Hawley, magical realism, making “space”, plus a profile of the character of Lucy Cola. 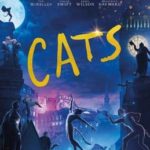 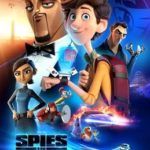