The movie is full of larger than life characters in over the top situations, and therein lies the fun of the movie…. The only trouble with all of this is that it somehow lacks the umph of the first film.
By Jenniferon October 23, 2013
0 Comments
Our Rating 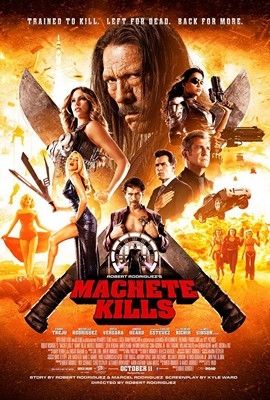 Having experienced the legend that is Machete, I was super excited for the sequel, Machete Kills. My boyfriend and I waited for opening day with rising anticipation and then…I got a migraine. And it seemed as though I may have been solely responsible for the movie tanking on opening weekend. After all, had we been able to go, it would have brought in, like, $22 instead of no dollars at all. But then Regal Cinemas stepped in with an amazing offer to make it all better – two for one admission and free popcorn the following Saturday. Who could resist that?! And so we went. And we ate popcorn. And now Machete Kills has made $11 instead of no dollars at all.

Even with this fabulous offer, the theater was woefully empty last Saturday night, and while I’ll admit that Machete Kills is never going to change the world as we all know its predecessor did, it’s still a flaming load of fun. I don’t entirely understand who Machete is or what exactly he does, but I can tell you that he’s a smokin’ hot, sinewy, bare-chested badass played by Danny Trejo. That’s kind of all you need to know: he’s a badass and badass stuff happens to him all day long. Does it always make perfect sense? In the first film, I would argue yes. In Machete Kills, sense takes a bit of a backseat to entertainment value.

This misadventure finds Machete (a former Mexican Federal) working for President Rathcock (one Carlos Estevez a.k.a Charlie Sheen) and attempting to track down supervillain Mendez (Demián Bichir). After tangling with a man-hating brothel run by Desdemona (Sofia Vergara), he finds that Mendez has missiles aimed at the United States. In his quest to disarm the bomb, Machete must bring Mendez back into the United States and find the man who invented it. This leads him to Voz (Mel Gibson), a powerful, yet shady American businessman whose back up plan includes moving to a space colony after decimating the country. You know, the usual. Also worth mentioning is Machete’s handler, Miss San Antonio (Amber Heard), creepy nemesis The Chameleon (played alternately by Walton Goggins, Cuba Gooding Jr., Lady Gaga, and Antonio Banderas), and faithful ally Luz (Michelle Rodriguez reprising her role from the original).

The movie is full of larger than life characters in over the top situations, and therein lies the fun of the movie. There are chases, fights, explosions, bizarre weaponry and even more bizarre verbal exchanges. Every actor in the film has free reign to chew the scenery, and Sofia Vergara and Mel Gibson are particularly memorable in this capacity. As Voz, Gibson and his blackened reputation are delightfully off the rails, creating an Austin Powers sort of villain (think Dr. Evil combined with Number Two). One scene finds Voz leaning back to admire the mayhem he’s created and making a weird dog smile. You can tell he’s hamming it up, and perhaps has more license to experiment now that no one believes he’s charming anymore.

The only trouble with all of this is that it somehow lacks the umph of the first film. The pieces are all fantastic, but together they form a crazy quilt that doesn’t quite work. Sometimes it feels as though a series of good ideas were sewn together without any sort of set up or transition, and the plotting can feel haphazard. I didn’t walk away with the sense of satisfaction I got from Machete, but there is talk of Machete Kills Again…In Space, and I would certainly be willing to show up to a two-for-one screening of that. Assuming the popcorn is still free. 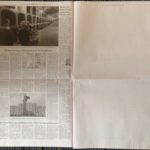 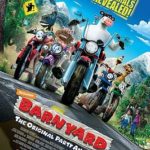