There is a point in Mad Max: Fury Road where there is a close up of a body buried in sand. This body had been tossed around, strapped to a car, brutalized, and bled. And when this body slowly lifts his head, shaking sand from his face and blinking it from his eyes, I couldn’t help but think, “Yeah, I know how you feel, buddy.”
By Lindaon July 12, 2016
0 Comments
Our Rating 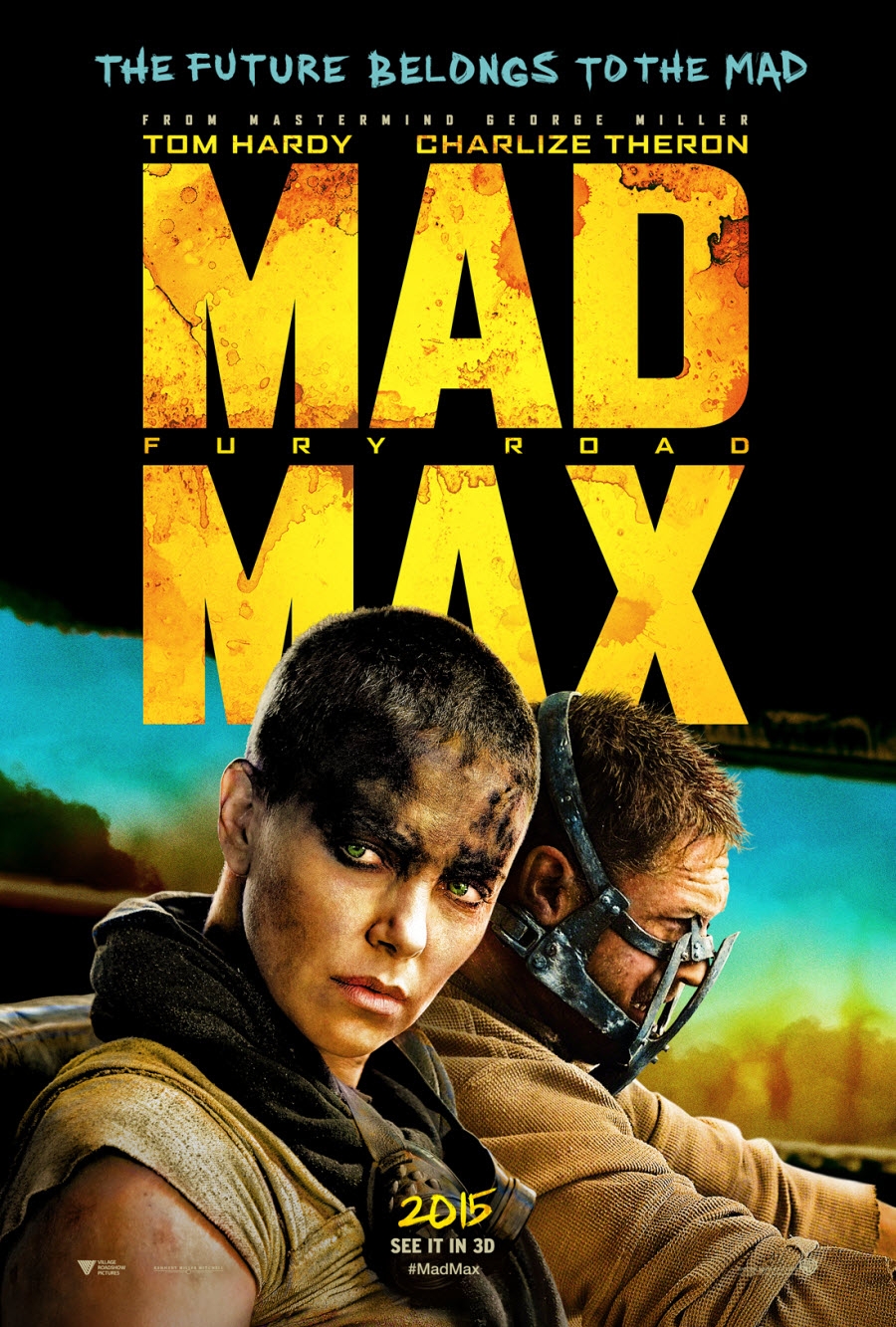 Mad Max: Fury Road, more so than any of its Mel Gibson, 1980s predecessors, is simply one long car chase. I actually checked my watch at the first point that the action took a breath, and the movie was a full half hour in. If you want an action movie, there is no use pretending that this movie is anything but. This is part of the reason, I’m sure, that fanboys are so giddy and surprised that 70-year-old director George Miller has so successfully revived this franchise.

For the apparent handful of us that are not the target audience, we’ll just have to grasp at the surprising straw that is Charlize Theron. Upon the film’s opening, social media erupted as some loud but few male die-hard Mad Max fans decried (with an emphasis on CRIED) this movie because of its so-called “feminist” bent. Yes, there are actually women in this film, and not all are nubile young vixens (well, most of them are, actually). But the arguable lead of the film is not Mad Max himself (the almost mute Tom Hardy), but the warrior/rebel Furiosa (Theron), a character whose name is so ridiculous that I’d laugh, if it weren’t for the fact that she would totally kick my ass. Furiosa is attempting to lead the nubile girls (interchangeably played by Rosie Huntington-Whiteley, Zoë Kravitz, and Riley Keough, among others) to her homeland, away from the harem of the grotesque warlord Immortan Joe (Hugh Keays-Byrne).

It is true: Mad Max himself is secondary to Furiosa’s quest. They are not buddies, but end up bonding as both are escaping the clutches of Immortan Joe and his weird albino slaves/followers. Their armored and weapon-laden truck hurtles across the desert (the movie was filmed in Namibia, and looks fantastic) as they are constantly chased by a pack of feral-looking vehicles that look cobbled together from scraps both industrial and weirdly organic (hedgehog-armored car, anyone?). Vehicles fly through the air, crash into each other, and burst into flame, while their drivers hurl spear-like bombs, hang off of swaying bamboo-like car-tendrils, growl and scream, and get hurled off-camera by explosion after explosion. Whew!

If you dig that sort of thing, you’ll probably be pleased. Like my rating suggests, the whole thing made me feel neutral, and honestly a little tired. The 3D glasses didn’t lend anything to the film, and the first half hour had that herky-jerky frame-skipping feel that is a bit headache-inducing. And what is with Tom Hardy? Poor guy’s face was hidden by a metal mask again for the first part of the movie (see also The Dark Knight Rises), and by the time he grunts a few words, it sounds weirdly like he has been dubbed (again).

But don’t let my neutral review deter you. 99% of critics probably aren’t wrong. If anything, see the film for Charlize Theron’s Furiosa, just to piss off the male-chauvinist “men’s rights” proponents that have gotten their panties all in a bunch. I’d contribute to the box office just to hear them howl.